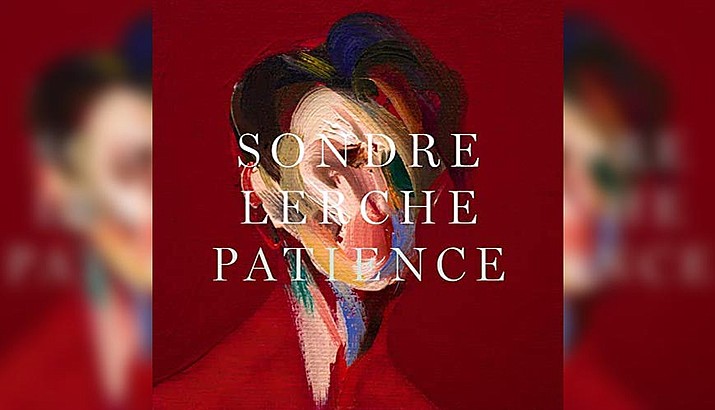 Norwegian indie-pop auteur Sondre Lerche has returned with his most ambitious and eclectic work to date in the form of his ninth studio album, Patience.

Written over six years, and recorded mainly in Norway, the inspiration came from ambient music, running marathons and a quest for serenity.

At 16, Lerche’s melodic debut, Faces Down, won a Best Newcomer Norwegian Grammy; it was followed by Two Way Monologue. Patience gives homage to these early works but with wisdom he’s gained over the years.

In July 2005, Lerche married Norwegian model, actress, and director Mona Fastvold. They divorced in 2013. Was in a relationship with writer and blogger Linnéa Myhre from 2013 to 2020.

Lerche currently lives in Los Angeles, California. He previously lived in Brooklyn, New York, where he resided from 2005 to 2018.

Sondre Lerche is the cousin of Norwegian rapper Lars Vaular. In 2012, they collaborated on the single “Øynene Lukket.”

Tracks include: I Love You Because It’s True, There Is No Certain Thing.

Blues With Friends, the new studio album from Dion, is packed with a great batch of songs written during a productive time coming off his latest release.

When the legendary Joe Bonamassa was eager to be involved, it inspired Dion to invite others to join the project.

He says, “I wanted the best musicians alive like Jeff Beck, Bruce Springsteen, Paul Simon, Van Morrison and more to take them in unexpected directions. Wayne Hood, my producer, brought out the best of them.”

Dion’s work has incorporated elements of doo-wop, rock and R&B styles — and, most recently, straight blues. Initially as lead singer of Dion and the Belmonts and then in his solo career, he was one of the most popular American rock and roll performers of the pre-British Invasion era. He had 39 Top 40 hits in the late 1950s and early 1960s as a solo performer, with the Belmonts or with the Del Satins.

Dion’s popularity waned in the mid-1960s. Toward the end of the decade, he shifted his style and produced songs with a more mature, contemplative feeling.

The album will contain the previously released singles “I Want More” and “Break My Baby,” both of which you can listen to on all streaming platforms.

Arriving four years after the iconoclast variously known as Sam Dust, LA Priest thrilled the world with the cosmic pop of his debut album Inji, Gene is named after a brand new modular drum machine Sam dreamt up and built alone.

Working in isolation for more than two years, soldering iron in hand, Sam designed Gene using 150 electrical circuits he made up himself.

LA Priest is the name Sam Dust, late of Late of the Pier, adopted to release his beguiling space-pop-psyche solo work following the demise of the band he founded when still in his teens.

Formerly of Late of the Pier, it was a collective decision to split the band after just one album, 2008’s still-fresh Fantasy Black Channel, which Sam largely stands by.

He wishes he’d made an LA Priest record more quickly, he says “but it didn’t seem right to do what people expected, to do another Late Of The Pier record. We all wanted to shapeshift.”

Tracks include: Beginning, Rubber Sky, What Moves, Peace Lily, Open My Eyes, Sudden Thing, Monochrome, What Do You See, Kissing of the Weeds, Black Smoke, Ain’t No Love Affair.

After years spent looking out at landscapes and loved ones and an increasingly unstable world, Rolling Blackouts Coastal Fever have turned their gaze inward, to their individual pasts and the places that inform them, on their second full-length, Sideways to New Italy.

Feeling the literal and metaphorical ground under their feet had shifted, the band began grasping for something reliable.

For Keaney, that translated into writing “pure romantic fiction” and consciously avoiding the temptation of angsty break-up songs, while Russo looked north to a “bizarre place” that captured the feeling of manufacturing a sense of home when his own had disappeared.

Tracks include: The Second Of The First, Falling Thunder, She’s There, Beautiful Steven, Sunglasses At The Wedding.