Firefighters contain brush fire along I-17 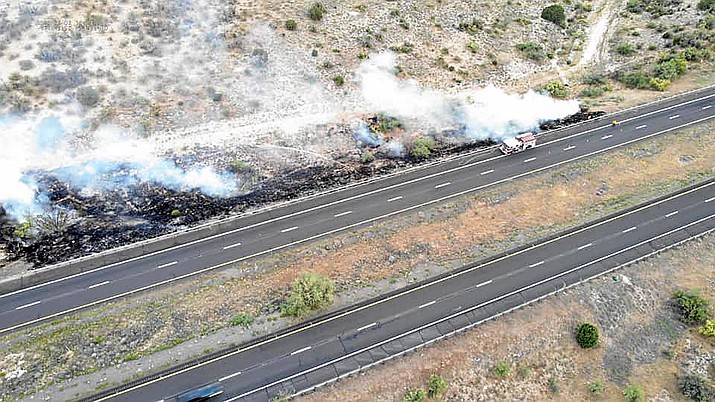 According to Incident Commander Greg Kopf, Copper Canyon responded to several calls around 7 p.m. of a brush fire to the right of northbound traffic in Rimrock. Verde Valley and Sedona fire, as well as Coconino and Prescott National Forest firefighters also responded to the call.

“Quite a few personnel and engines were out there, 16 different engines and water tenders for all five agencies,” Kopf said.

Although the cause of the fire is under investigation, Kopf said “possibly a tire blew” to start the fire.

“People should keep a watch on their tire pressures, check their chains, do whatever they can to keep the chains off the ground,” Kopf said.

According to Kopf, the fire was under control around 10 p.m. But Copper Canyon firefighters “went back multiple times over the night to continue with containment.”

As of Wednesday, firefighters with Coconino National Forest are at the site of the fire continuing with containment, Kopf said.