More than 1,000 Arizonans hospitalized for COVID-19
Officials opine on whether lifting of stay-at-home order was too soon 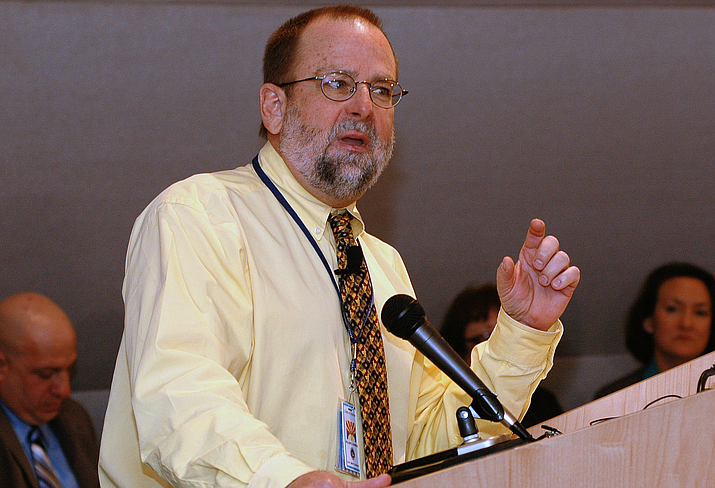 PHOENIX - The number of Arizonans hospitalized with positive or suspected cases of COVID-19 shot past 1,000 on Monday, raising questions from the state's former health chief about whether Gov. Doug Ducey should have abandoned his stay-at-home order.

The figure, a record, comes amid what has been a steady upward trend since the Department of Health Services began tracking the numbers in early April.

It also follows the setting of another record last week, with 635 positive cases reported from tests conducted on May 26.

There is some fluctuation in those daily numbers, with reports sometimes taking days to be filed with the state. And even the Department of Health Services says that illnesses within the past four to seven days may have yet to be reported.

But here, too, there is a general upward trend.

Overall, the state reported 24 new deaths on Tuesday, bringing the total for Arizona up to 941.

And the Biodesign Institute at Arizona State University, which keeps its own records, said there has been a steady increase in the number of new cases.

Using a 7-day average, the institute says the state is generating an average of 519 newly announced cases per day. By contrast, on May 15, when the stay-at-home order expired, the average new cases was 378 per day.

And that move followed Ducey agreeing to allow bars and restaurants to reopen and to ease restrictions on other businesses.

Will Humble, executive director of the Arizona Public Health Association, told Capitol Media Services the figures give him some concern.

"What it tells me ... is that the stay-at-home order was working, because when it ended, it started popping back up again,'' he said.

But Humble, himself a former state health director, said the trend also says something else.

"I'm afraid there's no seasonal effect, or not a significant one,'' he said.

"I would have expected to see a moderating effect because of the really high temperatures over the last two weeks,'' Humble explained. "Instead, you see this uptick in cases starting on the 26th which continues today.''

What makes the 26th significant, he said, is that the stay-at-home order ended on May 15.

From there, there's an incubation period of about a week. And then, Humble said, it can take four to six days for lab tests to come back.

Humble said there are several takeaways from the data, particularly the number of patients in hospitals.

"No. 1 is to keep real good eye on hospital capacity numbers over the next week,'' he said.

"Up until now, there's been a sense of complacency I think, even in my own mind, that we were going to have plenty of hospital capacity,'' Humble said. "But when you see the trends since the 26th, which reflects the end of the stay-at-home order, it makes me believe that at some point there might be a threshold where we're going to be bumping up against ICU bed and inpatient capacity.''

The most recent figures from the health department show hospitals overall are using 82 percent of their inpatient beds and the same percentage of intensive care unit beds.

"We don't want to end up looking like New York and northern Italy," Humble said. "I didn't think that was possible two weeks ago.''

Humble said there may be another shoe yet to drop.

He cited several high-profile cases where patrons were swarming in and around reopened bars and restaurants over the Memorial Day weekend, virtually none of whom were wearing masks. There also was a crush of people lined up for tubing on the Salt River, also without facial coverings.

"That was about two weeks ago,'' Humble said. "This week is the week I'd expect to see numbers popping up because of the behaviors that happened over Memorial Day.''

He acknowledged that he is looking at the issue strictly from a public health perspective. But Humble, who served under both Democrat and Republican governors, acknowledged there's a political component in the decisions that have to be made.

"This is a decision for elected officials, especially the governor,'' he said. "What's their tolerance level for having an increased number of cases, recognizing that that has a real-life impact in the community and people's lives, balanced against his concern about GDP and employment, etc.''

Patrick Ptak said his boss is having no second thoughts on the decisions he made to ease business and travel restrictions.

"The governor stands by his actions,'' he said. Ptak said Ducey's decisions have been guided by recommendations of public health experts and criteria set by the Centers for Disease Control and Prevention to determine what restrictions can be lifted.

Still, he said, the numbers are no surprise.

"As we continue to increase testing and slowly phase in reopening, we expect to see continued cases of COVID-19," Ptak said. And he said that despite the more than 1,000 patients hospitalized with the virus "our hospitals are well-equipped, and have the capacity to ensure anyone who needs health care has access to it."

A spokeswoman for current state Health Director Cara Christ echoed the comments about the expectation of continued cases of the virus.

"We know COVID-19 is still in our community, and we encourage everyone to take steps to remain healthy, especially those most vulnerable to COVID-19," said Holly Poynter.

She did not answer questions of whether Christ believes the easing of restrictions was a mistake.

The moves the governor has taken to ease travel and business restrictions he first implemented in March due to COVID-19 apparently have had some impact on his desire to restart the state economy.

New figures from the Department of Economic Security show that only 22,290 Arizonans filed first-time claims for jobless benefits in the week just ended. That is as low as it has been since the outbreak and the gubernatorial orders restricting travel and business activity.

It also brings to nearly 626,000 the number of Arizonans who have sought unemployment aid since the governor's restrictions were first imposed.

DES also says 59,086 people applied last week for the separate federally funded Pandemic Unemployment Assistance. That is generally available to those who are not entitled to regular jobless benefits, like the self-employed.

But the agency said most of those are people who had first sought regular jobless benefits but were not qualified.

Still, DES spokesman Brett Bezio said he could not say how many of the PUA applicants already are counted in that 626,000 number.