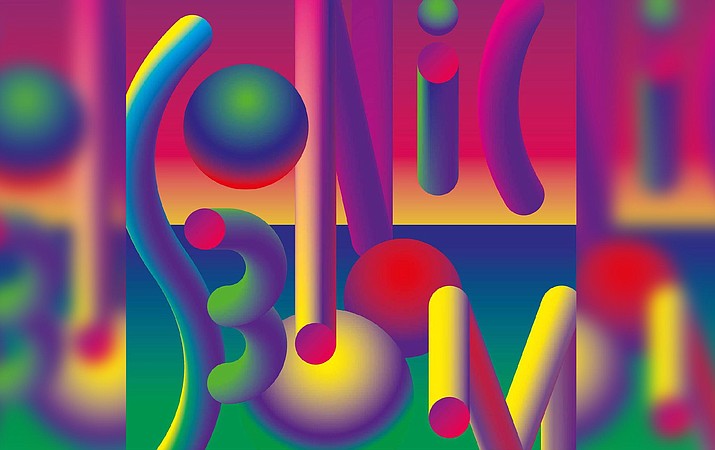 Sonicboom – All Things Being Equal

It’s auspicious that Sonic Boom “the solo project and nom-deproducer of Peter Kember (Spectrum, Spacemen 3)” returns in 2020 with its first new LP in three decades. Kember’s drawn to the year’s numerological potency, and this intentionality shines into every corner of All Things Being Equal.

Through regenerative stories told backwards and forwards, Kember explores dichotomies zen and fearsome, reverential of his analog toolkit and protective of the plants and trees that support our lives. Sonic Boom’s second album and first for Carpark began in 2015 as electronic jams.

The original sketches of electronic patterns, sequenced out of modular synths, were so appealing that Stereolab’s Tim Gane encouraged Kember to release them instrumentally.

Tracks include: Just Imagine, Just a Little Piece Of Me, Things Like This (A Little Bit Deeper), Spinning Coins and Wishing on Clovers, My Echo, My Shadow and Me.

“A solid relationship is when someone has your back and will stand by your side no matter what,” explains Boney James about the title of his new CD.

Solid is the four-time Grammy-nominated, multi-platinum selling saxophonist’s 17th album as a leader.

It follows up his smash 2017 release Honestly (which became his 11th #1 Billboard Contemporary Jazz Album).

With eleven original songs and featuring R&B star Kenny Lattimore on the single “Be Here,” the record is an uplifting collection.

Says James, “This new music is a reaction to how stressful the world feels these days.

In 2009, Billboard magazine named James one of the Top 3 Billboard Contemporary Jazz Artists of the Decade.

One of the primary gifts of the late songwriter Daniel Johnston was his ability to delicately articulate humanity’s small joys and crushing lows.

As a lyricist, Doug Martsch is also known for his observational gifts: his songs for Built To Spill, however arch, subtly document life’s peaks and valleys.

That’s one reason the band is uniquely suited to cover Johnston’s music. Another is the fact that Martsch is a long-time Johnston fan — he covered “Some Things Last a Long Time” on Built To Spill’s 1996 rarities compilation The Normal Years — and has tackled the intricacies of Johnston’s work when Built To Spill backed the songwriter on his 2017 tour.

Compiled during rehearsals during that trek, Built To Spill Plays the Songs of Daniel Johnston is a stellar covers album that does right by Johnston’s folk roots and open-hearted spirit — an off-the-cuff, yet remarkably complex tribute.

Tracks include: Bloody Rainbow, Tell Me Now, Honey I Sure Miss You, Good Morning You, Heart, Mind And Soul, Life In Vain, Mountain Top, Queenie The Dog.

Larkin Poe – Self Made Man

After a remarkable two-year run that saw them earn a Grammy Award nomination for their last chart-topping studio album while touring the world from Nashville to New Zealand and back again, Larkin Poe have returned with what is undeniably their most wide-reaching, artistically adventurous, and self-determined work to date.

Once again taking the producer reins and releasing on their own Tricki-Woo Records label, Self Made Man sees the multi-instrumentalist sister duo, comprised of the Atlanta-bred, Nashville-based Rebecca and Megan Lovell, pushing their music and message towards hitherto unexplored terrain, inspired by their epic world travels yet still powerfully rooted in the creative heritage of their beloved American South.

The album is ambitious in both its eclectic, energetic sound and it’s resolutely welcoming mission, its universal lyrical approach fueled by tradition, invention, and Larkin Poe’s remarkable ability to touch the hearts and souls of their fellow humans worldwide

Tracks include: She’s A Self Made Man, Back Down South, Holy Ghost Fire.

The Ghost Inside is a Los Angeles-based hardcore band.

They began as a group of friends in El Segundo, California united by their shared passion for bands in the hardcore scene.

The group stands for authenticity, dedication, perseverance and the most literal adherence to the core values behind their craft.

Formerly known as A Dying Dream, The Ghost Inside consists of vocalist Jonathan Vigil, guitarists Zach Johnson and Chris Davis, bassist Jim Riley and drummer Andrew Tkaczyk. The Ghost Inside’s music has been classified as metalcore and “melodic, emotional hardcore”. They have self-identified as melodic hardcore, for example on their Facebook page.