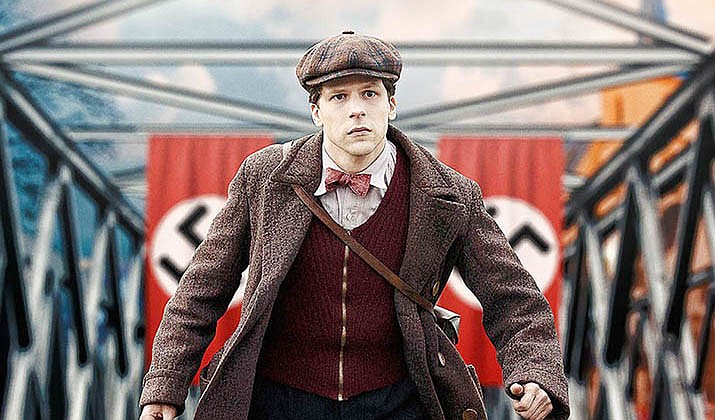 The Mary D. Fisher Theatre is re-opening following CDC guidelines and social distance seating at a limited capacity with the approval of Governor Doug Ducey and his staff.

At the height of World War II, an aspiring Jewish actor — who would later become one of the world’s most famous performers — joins the French Resistance to save children orphaned by the Nazis.

As a young man growing up in Nazi-occupied France, Marcel Mangel has no intention of getting involved in World War II. As a theater performer in his twenties, Marcel’s pursuits include impersonating Charlie Chaplin in burlesque clubs, painting backdrops for his plays, and antagonizing his obstinate father.

However, his life is permanently altered when, after witnessing acts of atrocity, he is recruited into the French Resistance. And the performer, who forges his passport to the name Marcel Marceau, puts his skills to the ultimate test, working at incredible risk to help transport orphaned Jewish children from Nazi-occupied France into Switzerland.

Marceau, who died in 2007 at the age of 84, delighted generations of audiences over the course of his career. For his unique, wordless ability to embody dozens of characters and situations, Marceau was the most famous mime in all the world. Celebrated as the “Master of Silence,” he performed all across the globe and appeared in films and on television.

“Resistance” is the first-ever film to tell the incredible story of Marceau’s heroism during the war. Portraying the singular entertainer is Oscar-nominee Jesse Eisenberg who is supported in the cast by Ed Harris as Gen. George S. Patton, Édgar Ramírez, Clémence Poésy, and Bella Ramsay.

“Resistance” traces how a revolutionary, selfless act of courage forever changed countless lives — and how a group of unsung heroes risked everything to rise above hatred and oppression.