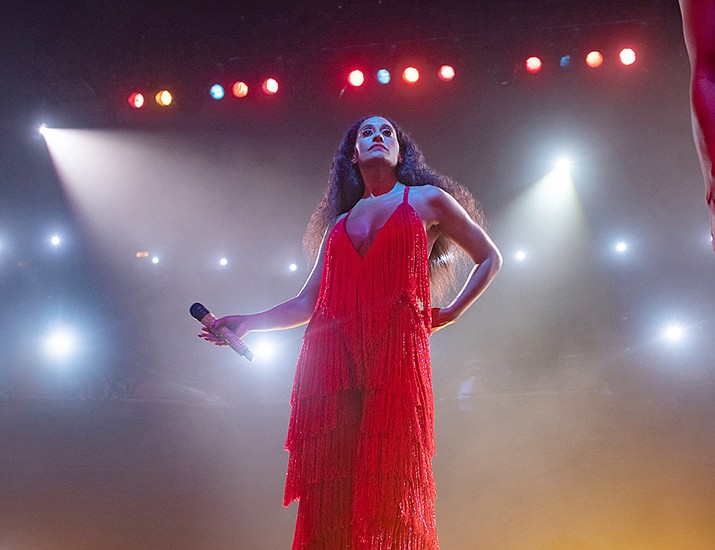 The Sedona International Film Festival presents the Northern Arizona premiere of the feel-good comedy music film of the summer “The High Note” showing June 19-25 at the Mary D. Fisher Theatre.

The Sedona International Film Festival presents the Northern Arizona premiere of the feel-good comedy music film of the summer “The High Note” showing June 19-25 at the Mary D. Fisher Theatre.

Set in the dazzling and glamorous world of the L.A. music scene comes the story of Grace Davis, a superstar whose talent, and ego, have reached unbelievable heights.

Superstars don’t come much bigger than Grace Davis (Tracee Ellis Ross), the celebrated diva whose unbelievable talent has won her countless accolades and the adoration of generations of fans.

Keeping pace with Grace’s every demand is her devoted — if overworked — personal assistant Maggie (Dakota Johnson). Maggie spends her days traversing Los Angeles running errands, yet she still aspires to make it in the cutthroat, male-dominated music business as a producer.

From the confines of the apartment she shares with her spunky roommate Katie (Zoe Chao), Maggie is secretly perfecting her own mix of Grace’s upcoming live greatest hits album.

She’s convinced that her dogged work ethic and her devotion to preserving the classic elements of Grace’s sound will pay dividends.

Her skills are put to the test when Maggie meets gifted musician David Cliff (Kelvin Harrison, Jr.). As they write and record new material together, Maggie finds herself pulled between pursuing her passion and her commitment to Grace.

Things come to a head when Grace’s long-time manager (Ice Cube) presents the singer with a choice that could alter the course of her career, and Grace must wrestle with a decision that could have life-altering consequences.

What follows is a series of surprises that not even the ultra-prepared assistant could have predicted — events poised to change both Maggie and Grace’s lives forever.

Funny, fresh and romantic, “The High Note” is a delightful, female-driven modern comedy about talent, persistence and the power of music to bring people together.