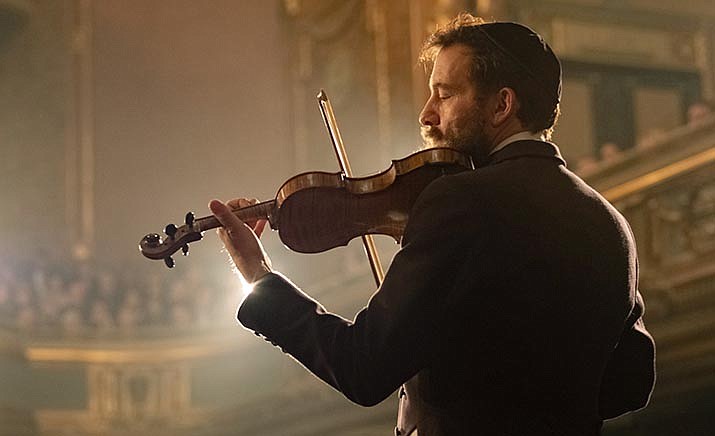 “The Song of Names” stars Clive Owen, Tim Roth, Saul Rubinek and Catherine McCormack. The film premiered to rave reviews at the recent Sedona International Film Festival and is making a return by popular demand.

Martin Simmonds (Tim Roth) has been haunted throughout his life by the mysterious disappearance of his “brother” and extraordinary best friend, a Polish Jewish virtuoso violinist, Dovidl Rapaport, who vanished shortly before the 1951 London debut concert that would have launched his brilliant career.

Thirty-five years later, Martin discovers that Dovidl (Clive Owen) may still be alive, and sets out on an obsessive intercontinental search to find him and learn why he left.

Martin follows the clues that lead him ever closer to his friend, until he learns the meaning of ‘The Song of Names,’ a profoundly moving piece of music that holds the answer to why his brother vanished so suddenly from his life.

“The Song of Names” is based on Norman Lebrecht’s prize-winning novel with a score by Howard Shore.

“‘The Song of Names’ is a story that must be told,” said producer Robert Lantos. “In an original and emotionally compelling way, through a musical composition, the film drives home two of the most important words in my vocabulary: Never Forget.”