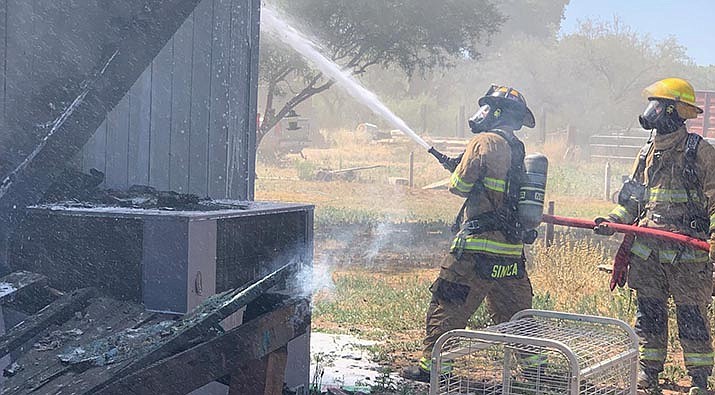 The cause of this fire is still under investigation, Strauss said Thursday.

“During the incident, crews were able to locate one dog, a cat, a snake and two giant black scorpions and remove them safely from the structure,” Strauss said.

The dog required treatment from emergency crews on the scene, while the other animals pulled from the fire were doing well and did not require treatment, Strauss said. Unfortunately, one cat was still missing.

The people self-extricated from the structure prior to crews arrival, but the five pets were still inside of the structure when firefighters arrived.

The American Red Cross was dispatched to the scene to assist with temporary lodging, he said. There were no injuries to fire crews or the occupants of the home.

At 2:30 p.m., in the afternoon Copper Canyon Fire and Medical District Stations 81 and Stations 82 along with Verde Valley Fire and Sedona Fire were sent to the residential fire. Crews found a single-story residence with fire and smoke coming from the north end of the structure, Strauss said.

“With an aggressive fire attack crews were eventually able to bring the fire under control, keeping it from burning completely through the attic,” he pointed out.

It took about one hour to bring this fire under control. The Prescott National Forest Service was also dispatched.

Emergency crews remained on scene for several hours to complete salvage and overhaul. 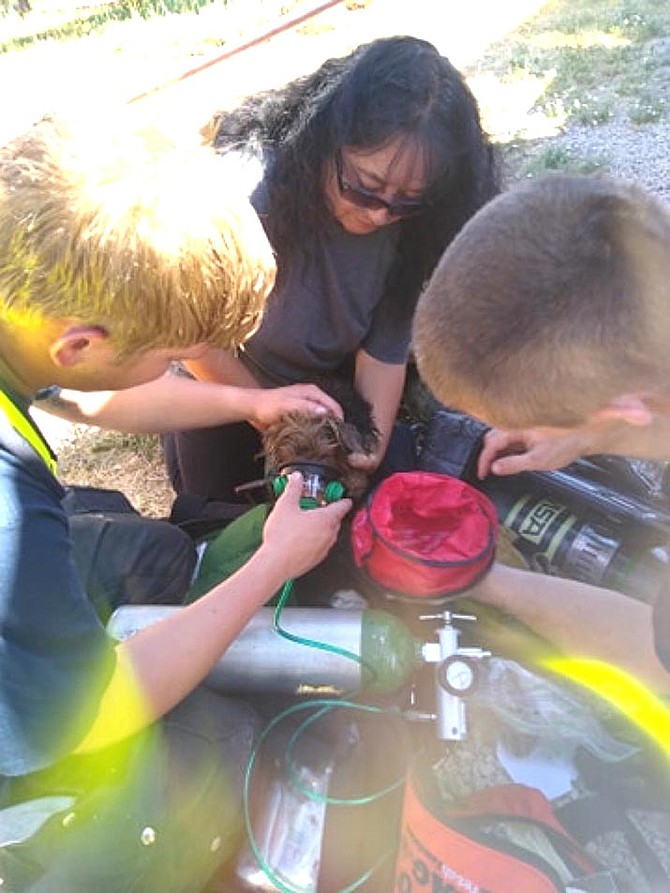