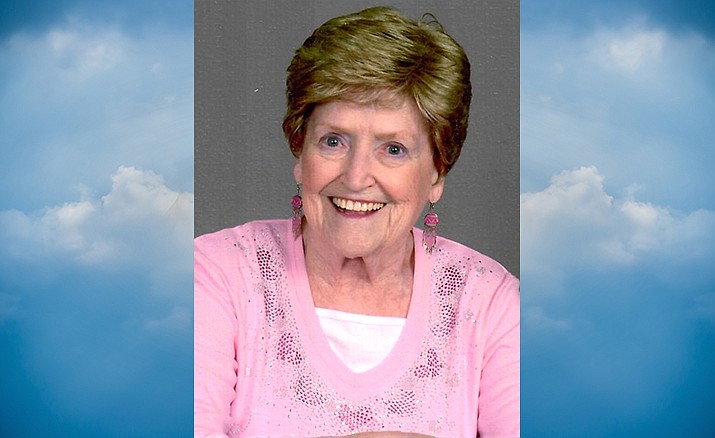 Delores (Dee) Dye Norvell passed away on June 5, 2020 at Valley View Hospice House with her two daughters and her son-in-law by her side.

Dee Norvell was born on August 25, 1932 in Melbourne, Nebraska, to Emmett and Viola (Petet) Dye. Her family moved to Colorado Springs, Colorado when Dee was a small child.

She attended school for several years in Colorado Springs before the family moved to Peyton, Colorado, where she graduated from high school. She met her future husband, Tiny, at the age of 14 and married four years later on June 5, 1950, at St. Mary’s Catholic Church in Colorado Springs, Colorado.

They finally settled in Cottonwood, Arizona in 1973, where Dee was very active in several organizations including the Elks, Women of the Moose, the American Legion and Veterans of Foreign Wars Auxiliary, where she held various offices.

Since Dee was always into crafts, she would help decorate for many functions making wreaths, center pieces, and putting together whatever decorations were needed.

Dee was an avid bowler. She bowled for many years and was instrumental in starting several bowling leagues at the Cottonwood Bowling alley and winning many national tournaments. Dee and Tiny enjoyed the opportunity to travel the USA in their RV. They drove through the continental United States and then drove up to Alaska.

They drove through 49 states but could not figure a way to float their RV to Hawaii. A memorial service will be held at Westcott Funeral Home on Saturday, June 27, 2020 at 5 p.m.