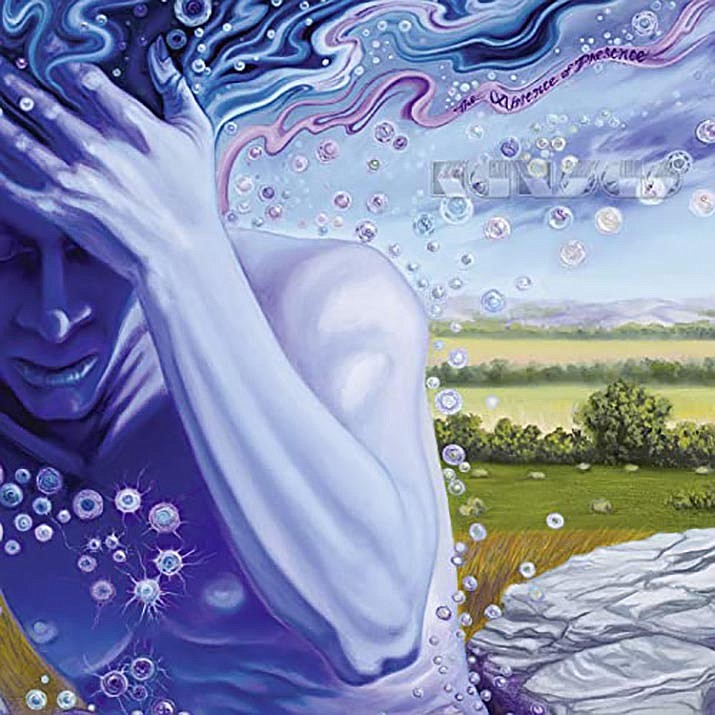 "The Absence of Presence" follows up Kansas' 2016 release "The Prelude Implicit."

Here are some of the new music releases available this month.

Kansas – The Absence Of Presence

With a legendary career spanning nearly five decades, Kansas has firmly established itself as one of America’s iconic classic rock bands.

Kansas, from Topeka, released its debut album in 1974 after being discovered by Wally Gold, who worked for Don Kirshner, and have gone on to sell more than 30 million albums worldwide.

With no signs of slowing down, Kansas continues to perform in front of large and enthusiastic audiences around the world.

The Absence of Presence follows up the band’s 2016 release The Prelude Implicit, which debuted at #14 on Billboard’s Top 200 Albums chart.

Tracks include: The Absence of Presence, Throwing Mountains, Jets Overhead, Propulsion 1, Memories Down the Line, Circus of Illusion, Animals on the Roof, Never, The Song the River Sang.

Art Feynman (aka accomplished recording artist and producer Luke Temple) stitches art pop, Nigerian highlife, worldbeat, and other lesser-known genres into a musical quilt that displays his unmistakable guile and eccentric songcraft. On his sophomore album Half Price at 3:30 he delivers songs that side-smile while pointing out the emotional sinkholes that whirl beneath the most overlooked, seemingly commonplace scenarios. As effortlessly as he inhabits his Art Feynman character he also slips into the lives of other personalities, both living and fictional.

Where previous entries in the Luke Temple discography have utilized organic timbres even while sailing far from the guitar-and-drums shore, Half Price sees him employing drum machines, slightly glossier production, and even autotune with a tasteful balance that suggests these tools have been in his kit all along.

Tracks include: Dtime, Taking on Hollywood, China Be Better, Ideal Drama, The Physical Life of Marilyn, I’m Gonna Miss Your World, Night Flower, Not My Guy, Emancipate Your Love Life.

Massey *&#$! Hall, the upcoming live album from Japandroids, captures the power and intensity that have made the band one of indie rock’s most beloved live acts.

The Canadian duo on guitar and drums, bring a wall of sound that delivers a full dose of raw and unhinged emotion to 16 fan favorites that span the band’s storied career.

Sonically this is Japandroids perfection, capturing the energy that has long made their live shows so electrifying; performed at the legendary Massey Hall in Toronto.

Formed in 2006, Japandroids rose to prominence following the release of their debut album Post-Nothing (2009). Their second album, Celebration Rock (2012), was released to widespread critical acclaim, with Rolling Stone calling it one of The 10 Coolest Summer Albums of All Time, and Spin naming the duo Band of the Year. Japandroids toured heavily in support of both albums.

Tracks include: Near to the Wild Heart of Life, Fire’s Highway, Heart Sweats, Arc of Bar, Younger Us, North East South West.

The album is a continuation of her collaboration with musician Jesse Harris, who produced and composed her debut double single-set in August 2019.

Prior to the album’s release, the actress made her musical debut in August 2019 when she released a double single-set with “To Love a Boy” and “Stay Open."

The A-side and B-side singles were produced and composed by musician Jesse Harris, with Hawke as the lyricist.

This record was released shortly after Hawke had gained popularity from her acting roles in both Stranger Things and Once Upon a Time in Hollywood.

Hawke announced the album and released its first single, “By Myself” in March 2020. The second single, “Coverage”, was released in April 2020. The song’s music video was directed by Maya’s father Ethan Hawke. Hawke will donate a portion of her merchandise sales to Food Bank For New York City.

Tracks include: Generous Heart, So Long, By Myself, Animal Enough, Coverage, Hold the Sun, River Like You, Bringing Me Down, Cricket, Menace, Goodbye Rocketship, Mirth.

Phoebe Bridgers doesn’t write love songs as much as songs about the impact love can have on our lives, personalities, and priorities.

The arrival of Punisher cements Phoebe Bridgers as one of the most clever, tender and prolific songwriters of our era.

Bridgers is the rare artist with enough humor to deconstruct her own meteoric rise. Repeatedly praised by publications like The New Yorker, The New York Times, GQ, Pitchfork, the Los Angeles Times and countless others, Bridgers herself is more interested in discussing topics on Twitter, deadpanning meditations on the humiliating process of being a person, she presents a sweetly funny flipside to the strikingly sad songs she writes.