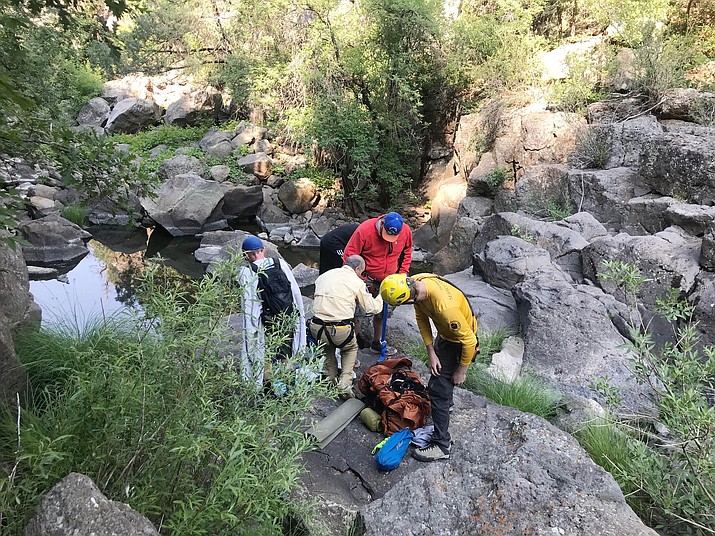 FLAGSTAFF — At 7:20 p.m. Friday, June 19, the Coconino County Sheriff’s Office responded to a report of stranded hikers in Munds Canyon, south of Flagstaff.

About 12 hours later, the hikers, one adult man and three juveniles, were reunited with their families.

According to a Coconino County Sheriff’s Office news release, the hikers had split from a larger group of 10 hikers who had intended to hike Munds Canyon from I-17 to Oak Creek.

The Sheriff’s Office’s Search and Rescue Unit personnel responded to locate and assist the hikers, the news release stated.

At about 6 a.m. Saturday, a search and rescue team made voice contact with the hikers, then at about 7:45 a.m. made access to the hikers using a rope rescue system.

None of the hikers required any medical attention, the news release stated.

The Coconino County Sheriff’s Search and Rescue Unit reminds people engaging in outdoor activities to research the details of their trip, including trail conditions and hazards as well as carrying the appropriate safety equipment, such as extra water and food; extra clothing for the conditions; navigation equipment such as map, compass, GPS; headlamp/flashlight; first aid kit; shelter material such as space blanket or large leaf bag; pocket knife/multi-tool; signaling equipment such as whistle and signal mirror; and fully charged cell phone and extra battery.