Bars shut down — sort of — as a result of governor’s June 29 order
Form to re-open does not yet exist, owner is told 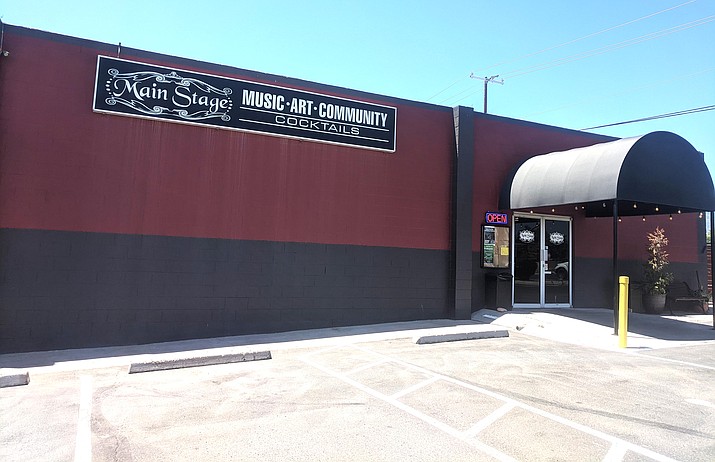 By order of Gov. Doug Ducey, bars in Arizona once again have been closed for 30 days. VVN/Dan Engler

VERDE VALLEY — Monday’s executive order from Gov. Doug Ducey meant that bars in the Verde Valley were ordered to close for 30 days — depending on what types of liquor licenses each establishment possesses.

The governor ordered bars with Series 6 or Series 7 liquor licenses to close to slow the spread of COVID-19, although those with a Series 12 license can remain open. Since bars and restaurants often have more than one type of license, the order pushed some owners out of business until July 27 completely, while others will need to make adjustments.

A Series 12 establishment must derive at least 40% of its gross revenue from the sale of food.

The Chaparral Bar, in Cottonwood, which does not serve any food, has the former of the two problems. While frustrating to its patrons, the bar’s Series 6 liquor license meant management created some social media posts, encouraging patrons to come in well before the governor-imposed 8 p.m. deadline, and get one last drink before the 30-day closure.

Vino Di Sedona, on the other hand, has both a Series 7 and a Series 10 (package sale and delivery) licenses, but will still have to close its bar to patrons, offering only takeout food and delivery. The governor’s order also closed gyms, water parks and movie theaters and prohibits tubing along Arizona rivers for 30 days.

Vino Di Sedona posted some information to its Facebook page Monday, but since the governor held a 3 p.m. news conference and posted his announcement online, restaurant and bar owners and state agencies are still figuring things out together.

“As of 8 p.m., 6/29/20, as directed by our governor’s executive order, our bar and in-house service will be closed. Our retail, takeout food, and delivery will continue to operate. Despite having one of the safest venues in the county, with a wonderful self-distanced outdoor area we are being arbitrarily included in the mismanaged, disrespectful and dangerous bar scene that is taking place in Phoenix and Scottsdale.”

At his Thursday, June 25 news conference, Ducey criticized eight establishments as “bad actors” at Scottsdale city authorities and the state Department of Liquor Licenses and Control filed charges against those estaboishments.

Ducey’s order also contains a provision for businesses to apply to re-open if it can establish a plan for following recommended COVID-19 business practices, such as reduced dining room capacity and enforced social distancing. Vino Di Sedona also posted about this dilemma.

“According to the order we will be able to ‘receive authorization to reopen’ after we submit a form to the state’s Health Services Department,” Vino posted on its Facebook page Monday. “We called the department this afternoon as we were told that such a form currently does not exist and they may have it available in the future.”

Rebecca Riffel of Cottonwood’s Main Stage, which has offered food at times during the past year, said early Tuesday that she is looking into what her options are, but Main Stage is closed for now.

Riffel and Wes Schemmer, own Vino Di Sedona, said she feels the governor is targeting select types of businesses that don’t really make an impact on curtailing the spread of COVID-19.

“The most arbitrary thing about it is that it closes Mooney’s and Full Moon Saloon completely, but yet, folks can still pack into other types of businesses,” she said. “It really targets about five businesses in Sedona and the Village of Oak Creek. Meanwhile, we compete with restaurants that have full dining. And restricting tubing? How many people are doing that in parts of the state with no water?”

Schemmer said she is hoping Yavapai County or other municipalities will contest the governor’s order, either in court or at least in a statement. Yavapai County District 3 Supervisor Randy Garrison said Tuesday the supervisors cannot contest an order of the governor, and can only order more stringent restrictions than what Ducey has called for.

Garrison said there is a COVID-9 item on every agenda for the regular Supervisors meetings, including the one set for 9 a.m. Wednesday. The public is not permitted to attend in person.

Garrison said communicating local-official sentiment to the governor is not an efficient process, but Ducey knows how many constituents feel about certain issues.

“We quit sending letters to the governor about a month ago,” Garrison said. “Those were going unanswered.”