Commentary: Do the right thing? Put on a mask? Science or politics? 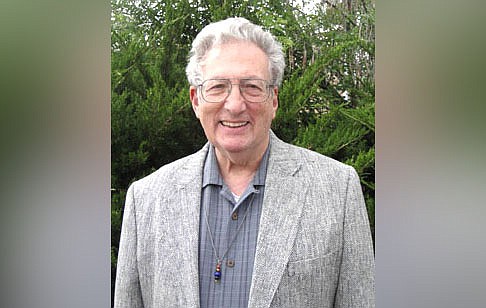 In my view, the corona virus 19 issue is far more complex than the media and government health bureaucrats would have us believe. There certainly are medical and clinical health issues adversely affecting certain individuals increasing their risk of death.

This is how he assessed the situation in NYC hospitals and the mortality outcomes of treating the “virus” and not severe poisoning that brought on hypoxia:

“New York hospitals with all of the innovations and all of the technology and all the ventilators and everything else, we reached a mortality of 88%. I don’t know another condition that induces an 88% mortality across a large population.”

Dr. Bush makes a very strong case that “all we needed to do was to redirect our attention to the toxicity event, reverse the hypoxia, and then all of the downstream events -- the fluid in the lungs, the subsequent pneumonias, the disseminated coagulation and heart attacks and everything else that is going to happen -- would never have happened, had wetreated this not as a viral infection, but actually, as a poisoning.”

Dr. Bush’s analysis and explanation of virus effects and environmental toxicities are very long and complex, way beyond the sound bites of the mass media and press conferences by so-called virus “experts.”

His views make a lot more scientific and health sense to me than what has been relentlessly presented in the mass media for the past three months.

Had his views been considered very carefully in comparison with the virus pandemic narrative that the media constantly hyped, we would not have had such devastating public “health” policies as lockdowns, masking, and social isolation and distancing.

The lockdowns have had devastating effects economically, socially, and psychologically, not to mention the intense fear and stress that were triggered in millions of people.

Given what we have experienced in the past few months, it is clear that the mass media are not good sources of health information. In fact, one can seriously question whether there is another agenda behind the media campaign to greatly overexaggerate the dangers of the corona virus and how easily it can spread.

The WHO and CDC have provided inconsistent and contradictory information and recommendations during these past few months relating to the mask issue and social distancing.

Clearly, there are at least two very different views of what is adversely affecting people’s health. The major view as presented in the mass media and by public “health” bureaucrats is that a new virus has spread quickly creating a pandemic that requires political interventions as well as medical treatments.

The other view as presented by Dr. Bush is that most individuals showing serious health conditions are experiencing environmental poisoning leading to hypoxia.

These two very different views result in very different clinical assessment, diagnosis, and treatments. I believe that Dr. Bush’s view is by far much more medically sensible than the virus view that depends on emphasizing “germ theory.”

The latter also provides a rationale for developing and mandating a new untried vaccine to bring the virus pandemic under control. Thus, political, social, and economic issues are involved that go way beyond medical and biological science.

Politicians at all levels, federal, state, and local, seem to feel that they need to do something about the virus pandemic that has been created as much by the mass media as actual health statistics.

In fact, the health statistics are highly suspect for several reasons. The epidemiological models that health bureaucrats relied on to dictate disastrous public health policy turned out to be gross exaggerations of what was actually occurring in different countries in regard to cases and deaths.

One of the tests, the PCR, that is being used should never have been used for a diagnosis of the virus infection according to the man who created the PCR test. The other test yields so many false positives that its use is also highly questionable.

In other words, the accuracy and validity of the tests being used are very weak. An even more serious issue involved a directive from the CDC telling doctors to put covid 19 on death certificates even when there were other causes of the individual’s death.

This policy clearly distorts the covid death rates and the statistics.

The other vital aspect of the covid virus issue has to do with people’s overall health and, especially, their nutrition status that is closely related to how their immune system functions. In 1971, Roger Williams wrote his book Nutrition Against Disease. His nutrition research led him to coin the term “biochemical individuality” that reflects the great variation in people’s nutrition biochemistry and ultimately their health condition including the immune system. He wrote that “the nutritional microenvironment of our body cells is crucially important to our health and that deficiencies in this environment constitute a major cause of disease.”

Nutrient minerals are the foundation of good health and a well-functioning immune system. Henry Schroeder, MD observed that “minerals are the spark plugs of life.” Forty years ago, in Phoenix, AZ, Drs. Paul Eck and David Watts advanced nutrition and health science to a whole new level with their research on hair mineral analysis data.

This is the context in which I view mask wearing during the corona virus pandemic. Conspicuous by its absence in the media coverage of the current pandemic is any mention of the importance of vital nutrition factors in stemming the spread of disease, especially in different toxic environments that compromise the health of the body’s cells and tissues. Furthermore, wearing a mask blocks the intake of adequate oxygen levels that are vital for the health of cells. Blood oxygen levels have been shown to drop substantially when a person wears a mask.

Russell Blaylock, MD, a retired neurosurgeon, pointed out how dangerous wearing a mask can be because of the effect of blocking adequate oxygen intake. It adds stress to the body and can weaken the immune system. He does not believe that there is scientific evidence that mask wearing by the general public protects people’s health.

Dr. Bush’s views can be further supported by the nutrition research discussed above as well as Dr. Blaylock’s views on the dangers of wearing a mask. If Dr. Bush’s views are scientifically and clinically valid, then the mass media hyping of the corona virus based on highly questionable statistics amounts to a massive health fraud that has had devastating consequences.

If the agenda is to sell billions of dollars worth of a new untested vaccine, then the media and virus narrative is what you want. But, if you are truly concerned about public health, then much more complex issues including nutrition science and environmental toxins need to be addressed.