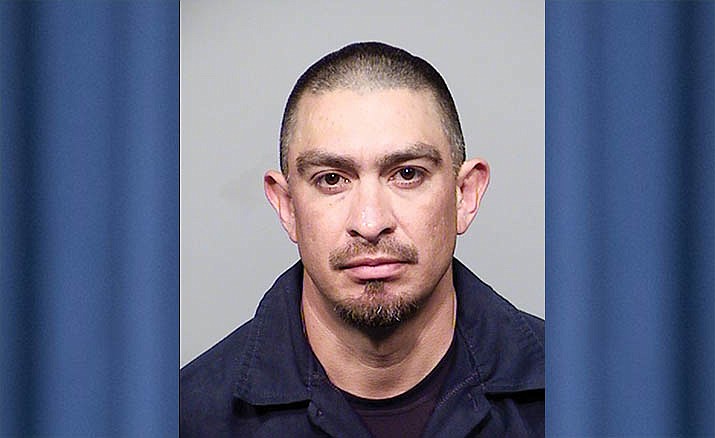 COTTONWOOD —A Cottonwood man was booked on several charges after an alleged incident involving his ex-girlfriend — and he was wanted on a Maricopa County warrant.

Shortly after 11 a.m., Feb. 24, according to a Cottonwood Police Department report, Noel Jerome Sepulveda, 36, was arrested in the 900 block of South Main Street on several felony charges, including kidnapping, robbery, possession of dangerous drugs for sale and possession of drug paraphernalia — all felonies — as well as misdemeanor assault.

Early Monday, officers took a report from Sepulveda’s ex-girlfriend that she had been walking in the 1000 block of E. Mingus Avenue when Sepulveda pulled up alongside of her. She said he tried to force her into his vehicle.

In the struggle, her head and fingers of one of her hands were slammed against the door frame. Sepulveda couldn’t get her into his vehicle, but took her purse and then drove off.

When officers located Sepulveda in his blue 2013 Audi on South Main, he was detained.

Cottonwood Police dog Kratos was utilized on the vehicle, and alerted officers to possible drugs inside of it. A search of the vehicle yielded a rock-size amount of a substance, weighing more than eight grams, which appeared to be methamphetamine.

The victim’s purse and its contents were also found in the vehicle.

Sepulveda’s Maricopa County felony warrant out of Superior Court, with those original charges on the warrant were for fraudulent schemes and artifices and theft.