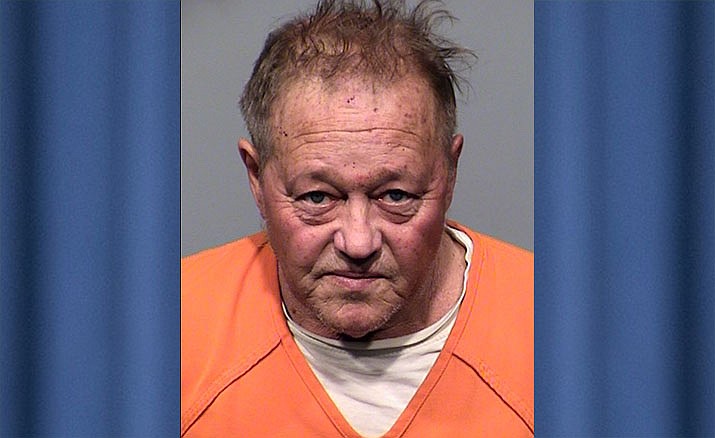 Michael Snell, 64, Cornville, faces charges of aggravated assault with a deadly weapon, assault causing serious injury, burglary, threatening and trespassing. He is being held on a $125,000 bond. YCSO Photo 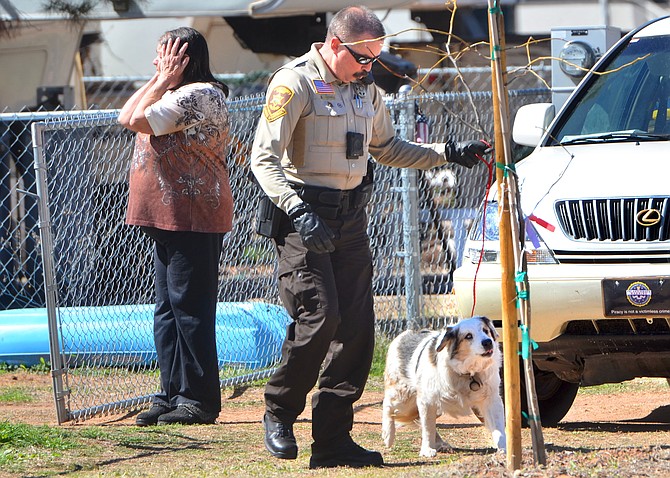 Yavapai County sheriff’s deputies remained at the site of Monday’s alleged shooting throughout the night and into the day Tuesday to handle the follow-up investigation. VVN/Vyto Starinskas

CORNVILLE – What began as an alleged dispute over money resulted in a Cornville man being shot Monday, according to the Yavapai County Sheriff’s Office.

According to D'Evelyn, at about 10:15 p.m. Monday, deputies were dispatched to a weapons offense call in the 1400 block of South Chick Road in Cornville.

“Callers reported they could hear a man yelling and believed someone had been shot,” said D'Evelyn.

Deputies were directed to a recreational vehicle on the property where the disturbance was occurring. They saw a man on the ground in front of the RV. He was later identified as Snell. He is a resident at the trailer park.

“During the contact with Snell, a man inside the trailer told deputies he had been shot,” said D'Evelyn.

Snell was taken into custody without incident.

Deputies entered the trailer and found a 60-year-old man suffering from a gunshot wound to his chest. Pending arrival of medical personnel, deputies used a chest seal-type bandage on the wound from a portable trauma kit.

“The victim was eventually flown to Flagstaff Medical Center for treatment and as of this writing, he is in stable condition. A handgun was recovered at the scene,” D'Evelyn reported.

Witnesses reported there was some type of physical struggle between the two, apparently over an ongoing dispute. The witnesses saw the suspect choking and beating the victim even after he had been shot. Witnesses indicate Snell was also armed with a knife, D'Evelyn said.

Snell refused to discuss the incident other than admitting he went to the victim’s trailer to confront him about their ongoing dispute over money owed.