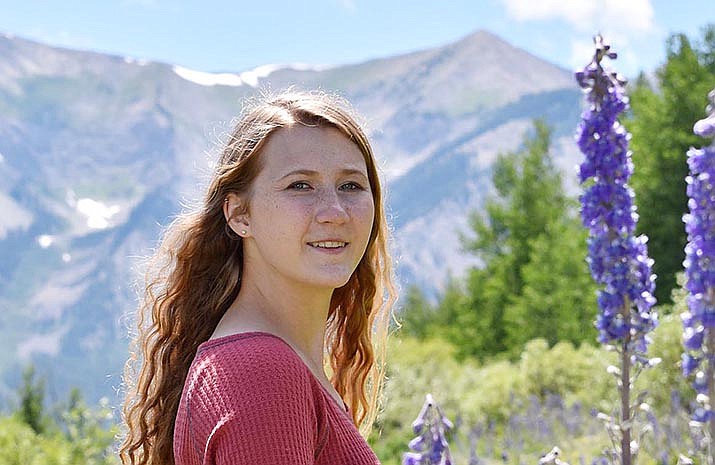 Former Cottonwood resident and Cedarville University student Kayla Reilly would like to design prosthetics, and possibly live in a third-world country once she graduates from university. Courtesy photo

CEDARVILLE, OHIO — Once she finishes college, Kayla Reilly would like design prosthetics – and live in a third-world country.

Reilly, who transferred this year from Northern Arizona University to Ohio’s Cedarville University, made the dean’s honor list for the fall 2019 semester with a 3.8 GPA.

Making the honor list means that Reilly, a junior, maintained at least a 3.75 GPA for the semester while taking a minimum of 12 credit hours.

But school, and life, are more than grades for Reilly. Spirituality is also important to the former Cottonwood resident.

“I chose Cedarville primarily because of its fantastic Bible teaching,” she said. “Cedarville has a daily chapel, and each student gets excellent and in-depth Bible teachings as they complete their Bible minor.”

Although Reilly’s “desire to grow spiritually” influenced her decision to transfer to the Ohio university, she also studies industrial design.

“They have an excellent program for this as well,” she said.

Industrial design, Reilly said, is a path to perhaps one day design prosthetics or partner with a socially conscious organization in a third-world country.

“I am exploring designing prosthetics because I love the problem-solving aspect of working to meet the specific needs of a person,” Reilly said.

At Cedarville University, Reilly also works with Hands of Hope, a non-profit that provides 3D-printed prosthetics for “limb-difference people in the community.”

“It has been a neat experience, and the people are amazing,” she said. “I have always wanted to help people, but it has been a journey figuring out how I can best do that. I used to think that the only way to help people was to go into the medical field or something like that. But I have begun to realize that you can help people in so many different ways.”

In college, Reilly has received her share of support, primarily in the community she surrounds herself with.

“I have experienced how the people you are around really influence the way you look at life, for the good or bad,” she said. “It is so important to have a couple of close friends to do life with.”

But Reilly also looks up to her college professors, she said.

“I was rather surprised when I started interacting with them, because they genuinely care about the students,” Reilly said. “I have been invited to several of my professors’ homes for dinner, and many of them want to get to know us and care about our lives even outside of class. It is such a neat thing to be a part of here at Cedarville.”