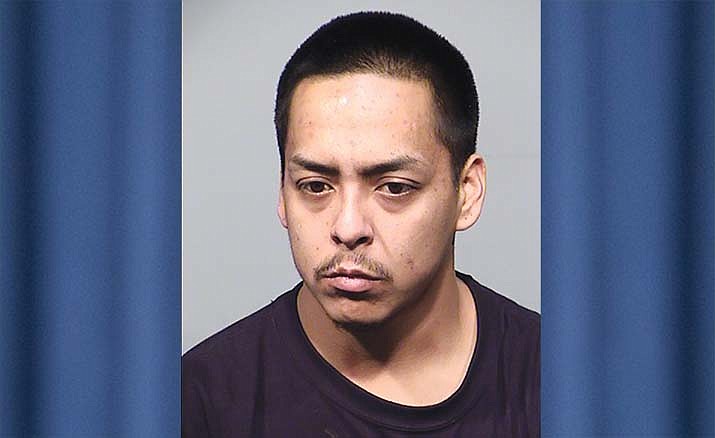 COTTONWOOD — A Cottonwood man accused of shoplifting at the Cottonwood Walmart turned out to have illegal drugs on him, police say.

According to a news release from the Cottonwood Police Department, officers were called to Walmart on Feb. 19 because a man who had previously been banned from the store for shoplifting was back in the store again.

A Walmart employee recognized Francisco Felix-Sanchez, 24, of Cottonwood, from a previous incident where Felix-Sanchez had been cited for shoplifting.

When officers arrived on scene, they observed Felix-Sanchez remove a sweatshirt from the clothing section, tear off the tags and put it on. Shortly afterward, officers took Felix-Sanchez into custody.

A search revealed Felix-Sanchez had slightly more than 2.5 grams of methamphetamine and a glass pipe used to smoke the drug. Officers also discovered Felix-Sanchez also had two outstanding misdemeanor warrants for failing to appear in Cottonwood Municipal Court — one on a shoplifting case and another and failure to appear for theft charges.

Felix-Sanchez was booked into the Yavapai County Detention Center for possession of dangerous drugs and possession of drug paraphernalia – both felonies. He was also booked for trespassing and shoplifting, which are misdemeanors. He was still in jail as of Tuesday, March 3.