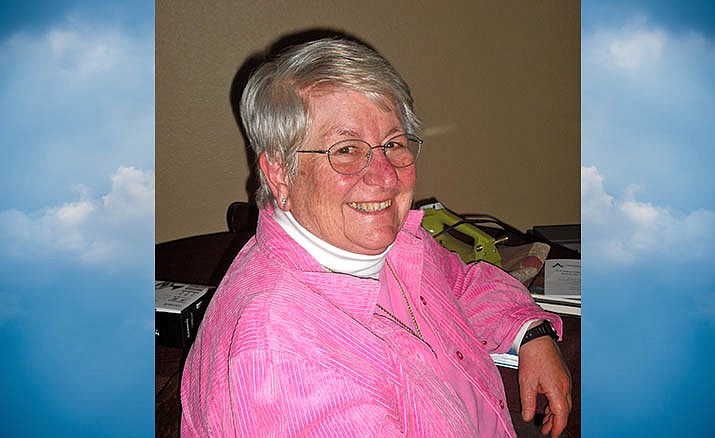 Barbara Louise Wilson Hahn, Barbara was born in 1941 in Sharon, Pennsylvania to Andrew and Jane Wilson.

She earned her B.A. degree in Medical Technology from Thiel College (PA) and her M.A. from Northern Arizona University.

She worked in the laboratory at Marcus J. Lawrence Memorial Hospital for 22 years, then taught creative writing at Yavapai College, substitute taught at area grade schools and managed the family book business.

Barbara moved to the Verde Valley in 1968.

She was active with the Red Cross swimming program in Clarkdale, was a Girl Scout Leader, a 4-H Horse Program Leader and played with the Cottonwood Community Band.

She was the author of 29 novels under her pen name Barclay Franklin.

She is survived by her husband of 55 years, Donald, her son, Kraig of Cottonwood, her daughter, Karen McBride (Sean) of Mesa and two grandchildren, Hale McBride (Macine) of Mesa, and Abby McBride, United States Navy.

No public services are planned.