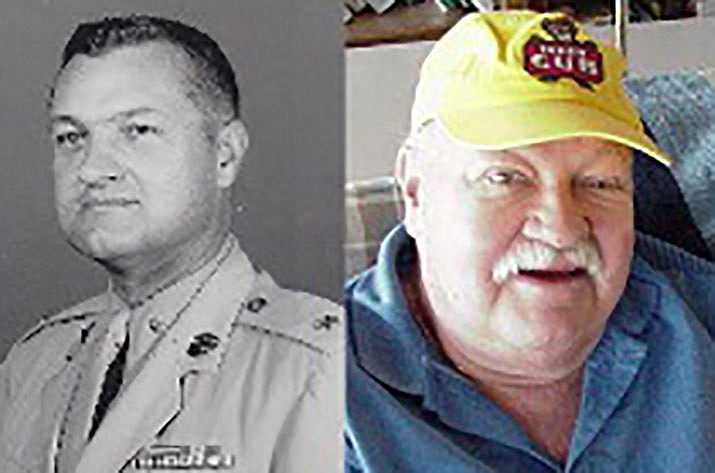 
He married his sweetheart, Miss Betty A. Brewer of Pittsford, New York on Thanksgiving Day of that same year.

Although accepted for flight training in Pensacola, he was reassigned in 1955 upon being diagnosed with a minor astigmatism.

Subsequent career assignments included artillery, amphibious warfare, and training. He taught English Literature and History and coached lacrosse at the Naval Academy from July 1959 to July 1962. He commanded artillery batteries both at home and in Vietnam and then earned a master’s degree in management from Rensselaer Polytechnic Institute in 1968.

Retiring from the USMC in 1974, he remained in the San Diego area and worked as a civil flight instructor for Jimsair at Lindbergh Field, served on the LHA/LHD ship design team at the Naval Ocean Systems Center in Pt. Loma, then Sperry Univac and San Diego County in data systems analysis and management.

In his spare time, he volunteered to coach lacrosse at Pt. Loma High School and was also a volunteer docent at the Flying Leatherneck Museum at Miramar NAS (now MCAS).

He loved golf and was master piano player. It was not unusual to find him playing Mozart, Bach or Rachmaninoff on his beloved baby grand.

He is survived by his wife Betty; daughters, Karen and Kim; son, Erik; grandsons, Keenen and Travis and two great granddaughters.

Inurnment and a Memorial Service, with full military honors, will be held in the late spring, his second favorite time of the year besides football season, at Miramar National Cemetery in Kearny Mesa, California. “Semper Fi and BEAT ARMY!”