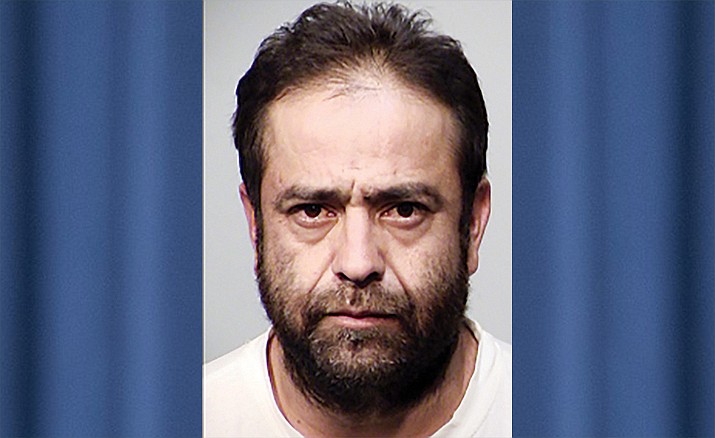 CAMP VERDE — A Mexican man has been sentenced to serve five years in prison for helping to transport more than 3.5 pounds of fentanyl in a Monday sentencing that took place a short distance from where he and his accomplice were arrested.

Jose Guadalupe Briones-Becerra, 40, was sentenced to five years in state prison Monday by Pro Tem Judge Christopher Kottke. It’s the exact same sentence given to his accomplice, Rigoberto Pacheco-Sanchez, 31, also from Mexico, in late January, as the two were arrested together on Highway 260 near Cherry Creek Road on Aug. 29, 2019, with a 3.5 pounds of powder and pill-form fentanyl.

Monday, Kottke heard an extensive appeal from attorney Sebrina Shaw — and an emotional statement from Briones-Becerra — before handing down the sentence. The attorney and the defendant both wanted Kottke to choose the three-year option of the 3-to-5 year range he could choose from.

“This stuff is killing people,” Kottke said of fentanyl. “I know you (Briones-Becerra) have a family, but there’s not enough here to be lenient. It wouldn’t be appropriate to not be consistent.”

The truck was pulled over near Cherry Creek Road, within view of the Yavapai County Detention Center — and the Superior Court where Monday’s hearing took place.

The driver, later identified as Pacheco-Sanchez, fled on foot but was captured a short time later. The passenger, identified as Briones-Becerra from Mexico, was also detained. An officer used his K9 partner, Kratos, to check the truck for drugs.

The dog alerted officers to the truck where approximately one gram of methamphetamine and more than 3.5 pounds of fentanyl were located.

The fentanyl was in powder and pill form and had an approximate street value of about $900,000, according to a Cottonwood Police news release.

Cottonwood Police Chief Steve Gesell said that “conservatively, this is enough fentanyl to kill more than a half a million people.” Pacheco-Sanchez and Briones-Becerra have been held without bond in the Yavapai County Detention Center; Immigration Customs Enforcement initially placed no-bond holds on both defendants.

Briones-Becerra told Kottke, through an interpreter, that he needed to provide for his family and “We all make mistakes,” asking for the minimum three-year sentence. Shaw, his attorney, asked Kottke to consider Briones-Becerra owed a favor to someone and made the trip to Arizona as a second driver, not knowing the quantity of drugs he was hauling.

Kottke wasn’t persuaded by Shaw’s argument, nor was his decision affected by the fact Briones-Becerra has two teenage daughters or that he will likely be deported after he is released from prison. The sentence has a $750 fine as well.