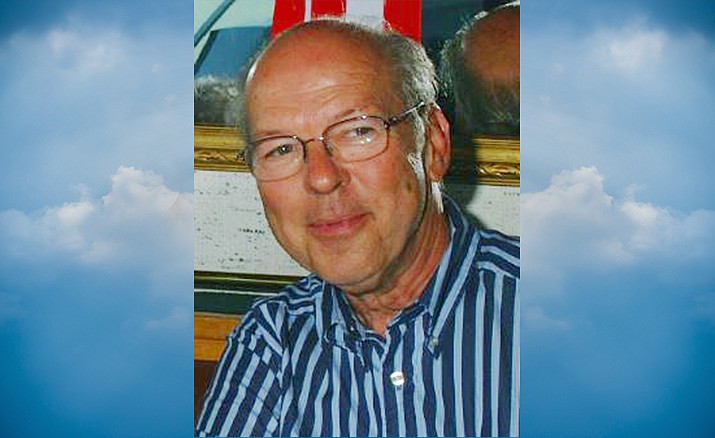 Ross loved both playing and listening to music. Early in life, he played the drums in both marching and concert bands and then later attended concerts and listened extensively at home with his Kliptch speakers.

Ross earned an Associates Degree in Electrical Engineering from Purdue University. Before graduating, Ross met his life partner Mary Ann and they married in 1964.

Ross quickly established himself in the electrical engineering field, first moving to Merrit Island, Florida and working with RCA Electronics on the NASA campus, followed by employment with the Honeywell Corporation in Wabash, Indiana. While with Honeywell, Ross’s work included many world-traveling adventures including an around-the-world trip teaching classes in Switzerland, Australia, and Japan.

As their young family grew, Ross and Mary Ann wanted a change and decided to move west and go into business for themselves. In 1979, they purchased Verde Valley Rentals, an equipment rental store in Cottonwood.

Cottonwood at that time had only one stoplight and a grocery store, which in their eyes was the perfect area to grow their family and business.

Ross and Mary Ann enjoyed working side-by-side for 41 years. They made a goal to help grow their community by providing a shared equipment source for the Verde Valley. They provided rentals for whatever needs came up; from the Hollywood film industry needing tents, neighbors in need of a drain-snake, to earthmoving equipment for the new Walmart.

In 2009, Ross and Mary opened a second location, Verve Events and Tents. Verve’s goal is to focus more on the booming event and wedding market, leaving Verde Valley Rentals to focus primarily on construction and home-owner equipment rentals.

Ross was always willing and able to help in any situation. He was known as a “straight shooter”, taking his time to think before speaking, and always fulfilling on his word.

Ross lived fully right up until his final days. Having semi-retired in 2012, he and Mary Ann continued their role as advisers to their company and attended American Rental Association’s meetings and trade shows.

In between traveling the United States in their RV, they enjoyed many peaceful nights watching campfires, camping on the beach, spending time with family and fixing things at their children’s homes.

The family would like to extend an invitation to all who have a special place in their heart for Ross.