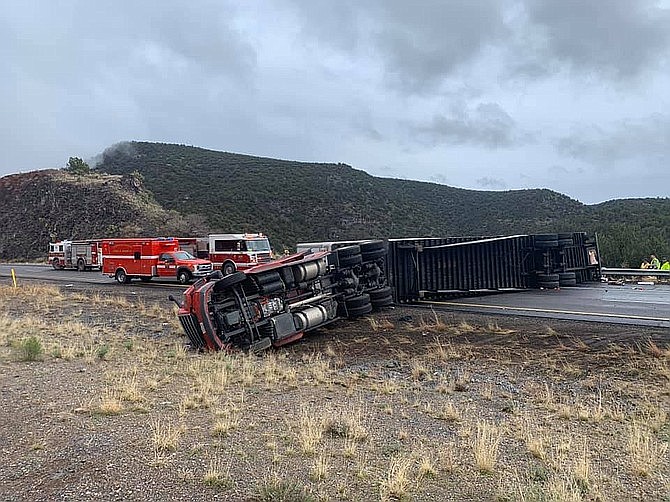 CAMP VERDE — For more than an hour Wednesday, the northbound lanes of Interstate 17 were blocked because of a rolled semi-truck at milepost 282, according to the Arizona Department of Transportation.

At about 4:30 p.m., the truck “was righted back on its wheels and the road was reopened,” Keller said. “There was no Hazmat involvement.”

The driver, a 42-year-old man, was transported by ground to Verde Valley Medical Center in Cottonwood where he was treated and released, Keller also said.

While both northbound lanes on I-17 were blocked, Arizona Department of Transportation directed all northbound drivers in the area to exit onto Highway 169.