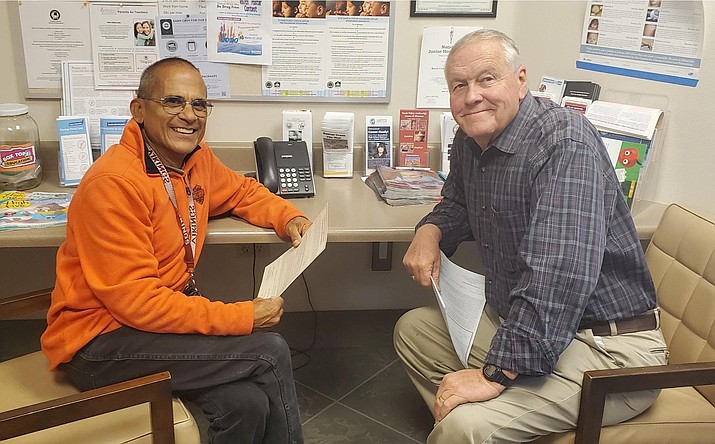 RIMROCK — Tim Carter’s interview with Beaver Creek’s newest school board member was one of the best he’d ever experienced in the past 15 years.

Hart resigned on Feb. 11 due to medical reasons.

Borowski’s appointment will expire on Dec. 31, although he plans to run for a seat on the district’s governing board in the November election, Carter said.

According to a March 12 news release, Carter said he is “convinced that Mr. Borowski will serve the public well.”

“He has a solid understanding of educational issues and finance and his concern for the wellbeing of the community and residents is obvious,” Carter said.

After more than 20 years as a mathematics and technology teacher in Maine, Borowski retired in 2008 and moved to the Rimrock, where he volunteers with Northern Arizona Healthcare and Beaver Creek Transit.

Janet Aniol, director of the Beaver Creek Transit, said that Borowski “is appreciated for his kindness, humor, warmth and service.”

“Any community would be lucky to have someone both as qualified and caring as Edward Borowski on their school board,” Aniol said.