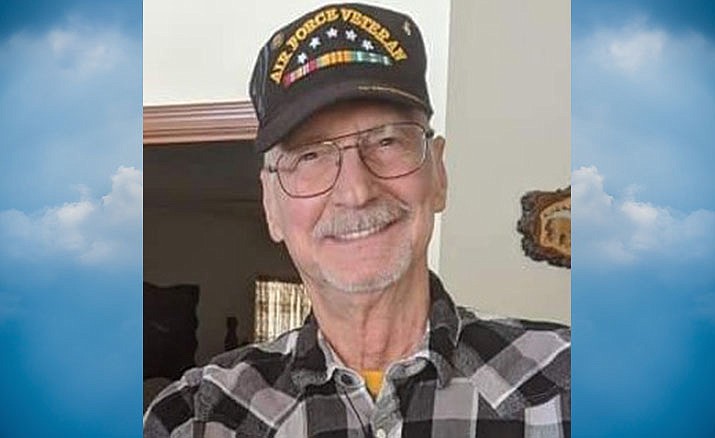 Eugene “Gene” Roy Kulis, of Cottonwood, Arizona passed away Sunday, January 12, 2020. He left this earth in peace, surrounded by loved ones as he fought pneumonia for a little over a month. He was 75 years old.

Gene had a bilateral lung transplant on December 30, 2017. The last two years gave him a better quality of life and he was able to spend those years doing the things he loved.


Gene was born July 30, 1944 in Hartford, Connecticut to Theodore and Caroline Kulis. Growing up in Brooklyn, New York, he graduated from Boys High School in 1961. He began working in produce and then moved on to the accounting department of the Chiclet factory.

He joined the US Air Force in October 1964. During his enlistment Gene served his country being stationed in Thailand during the Vietnam War and remained serving for a total of 26 years –10 months, until his retirement in 1991 out of Dyess Airforce Base, Abilene Texas, achieving the rank of Senior Master Sergeant.

During his career, Gene had the opportunity to be stationed throughout the world making lifelong friendships and spreading laughter at every opportunity. Gene enjoyed baseball, from supporting the Brooklyn Dodgers as kid to watching his son, Andrew play on into college. Crazy socks were his thing, they were good conversations starters and brought humor to everyone’s lives. Gene enjoyed being outside in his yard, working on various carpentry projects and during his down time, Gene liked to watch the Diamondbacks, WWE Wrestling, Charmed and Mr. Bean.

In the last couple of years, he enjoyed visiting with his grandkids and great grandkids. He would bake cookies and have them be the guinea pigs for his new recipes. There was always something sweet either in the refrigerator or on the counter. He welcomed his visitors and made them feel at home by making a cup of coffee or offering them dinner. He was unique, crafty and always trying to find the lighter side of life, with sincerity and directness.


We will miss everything about Eugene “Gene” Roy Kulis; AKA Dad, Daddy, Daddio, Grandpa, GG Pa, Friend, Father, Leader, Supporter. We will remember the laughter he would bring as he walked into the room, remember the way our hands felt when he was holding them, remember the warm embrace. He is no longer “in the dark” as he would always say, but fully enlightening our lives as our journey continues.


Services will be held at Westcott Funeral Home in Cottonwood on Wednesday, March 18, 2020 at 3:00 p.m.. An online guestbook is available to sign at www.westcottfuneralhome.com.