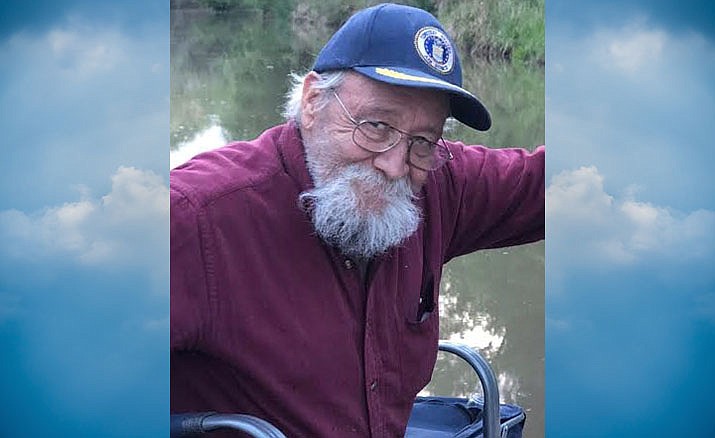 His family’s unwavering love and care provided John with a serene and peaceful transition from this life, as he was surrounded by loved ones and song during his final weeks, days, and hours.

A veteran of the Air-Force and National Guard, John was honored with an American Flag as he left his home in Camp Verde one last time.

John is survived by his parents, Clarence and Madeline Woodall; his brother, Greg Woodall; his children, daughter Emily and Chris Brundage, son John Jr and Elizabeth Woodall, son Carl and Amber Woodall and grandchildren, Payton, Kade, Ellie, Riley and Abby, as well as many nieces, nephews and even aunts and uncles.

John has been a father figure, mentor and great friend to many, extending his home and welcoming heart to so many special people. His love and compassion to all has extended the Woodall family beyond blood and we are grateful for those who’ve joined our family, our tribe-Molly, Brandon, Warren, Buddy, Bob, the list goes on and on.

John was an avid outdoorsman with a wild sense of adventure. He shared his love for the outdoors with all his children and grandchildren. There are many precious memories of camping, fishing, and hiking that will always be cherished. Awe, the stories of the Smoky Mountains of Tennessee, where he was born! He was an amazing storyteller, who would have everyone sitting on edge around the campfire with goosebumps and hairs on end.

John was a Reiki Master and shared his healing arts and love with all, not to mention, his love for art, music, eccentricity, and the unknown-Pink Floyd, Aliens, Bigfoot, and so much more!

John also shared his extraordinary work ethic and determination with his children. He ran and managed the Sears store in Cottonwood, for many years and devoted his time and life to Sexton Pest Control in the Prescott area for the remainder of his career, touching the lives of customers and coworkers alike.

The family is beyond grateful that in the last four years John was able to be present and participate in the marriage ceremonies of all three of his children, having touched the hearts and souls of the newly extended family members, and blessing their unions to his children and their family.

The Woodall tribe would like to extend a very special thank you to our dear friend and brother, Warren Wamble, for his devotion, love and assistance in John’s care in his final weeks. Warren was a devoted friend and camping buddy of John’s for many years, and truly displayed unconditional love and friendship, especially during John’s final years. We love you and thank you!

A celebration of life will be held on Sunday March 22 at Dead Horse State park at 12:00. The family would like to extend an invitation to all who have a special place in their heart for John.

In lieu of flowers, donations may be made to Johns memorial fund. Will you be at the funeral? Send your RSVP. Bueler Funeral Home is entrusted with the final arrangements.