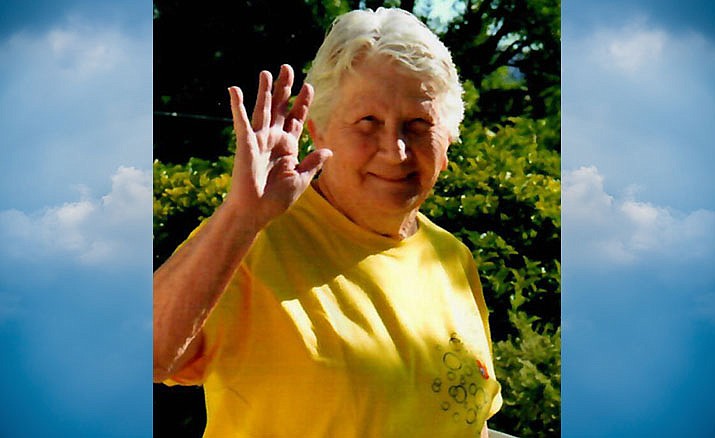 Mrs. Lenora Ilene Harbeson, wife, mother, grandmother, aunt, and friend, of Camp Verde, passed away at the age 83, Thursday, February 13, 2020. She was born in Marceline, Missouri on July 23, 1936, a daughter of the late George and Gladys Kee.

She moved to Camp Verde in 1966, where she raised her family and served her community as a school bus driver and staff member of Camp Verde School District for many years.

She was a member and deeply involved in the Camp Verde Baptist Church, where she served as a member of the church board, as treasurer, and taught Sunday School and Vacation Bible School.

Lenora is preceded in death by her husband, Jerry Harbeson and her daughter, Maria Dugan. She is survived by four sons and two-daughters-in-law, Paul Kee, Thom Kee (Sandy), JR Wilson and Bill Wilson (Kelly); one daughter and son-in-law, Georgie German (Brad); one step-son and daughter-in-law; two step-daughters and one son-in-law; twenty-four grandchildren and twenty-seven great-grandchildren. She also leaves many other family members and friends who will sadly miss her.


Grams, as she was lovingly called, was a strong, determined, and fiercely independent woman, who led by example, loved to sing, and couldn’t pass up a good book or crossword puzzle. We will miss her every day.