One person dead after pickup plunges into canyon at Midgely Bridge 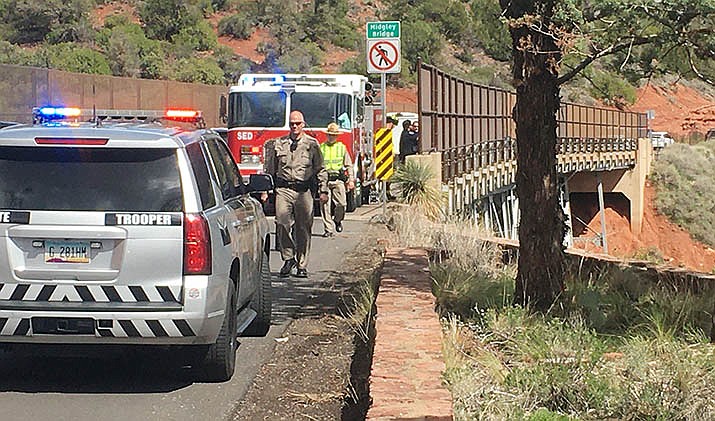 Midgely Bridge, which carries State Route 89A across Oak Creek Canyon, northeast of Sedona, was closed early Friday afternoon due to a fatal wreck. VVN/Vyto Starinskas

Bart Graves of the Arizona Department of Public Safety said the driver was dead, and had no passengers. Even though the call about the wrecked vehicle came in about 1:15 p.m., the darker-colored pickup truck appeared to first responders as having run off the roadway and down into the gorge much earlier, he said.

The identity of the deceased driver, who had to be extricated from the vehicle, has not been released.

Traffic along State Route 89A was held up, especially the northbound lane, which was closed for more than an hour.

Sedona Police Lt. Stephanie Foley said her agency was taking the lead on the incident, with the assistance of Coconino County Sheriff's Search & Rescue and the Department of Public Safety, with Sedona personnel on-scene, working to keep traffic flowing with only one lane available.