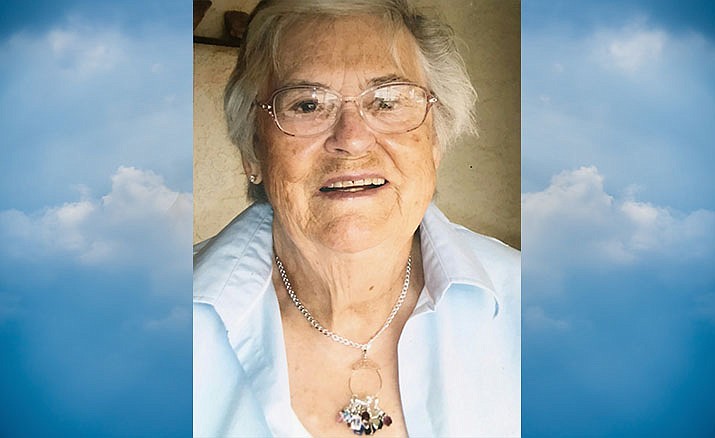 Jean and Tom moved to Cottonwood from Southern California in 1995, where they became members in the Arizona Flywheelers, active volunteers at the Clemenceau Heritage Museum and regular drinkers at the Moose and Elk Lodges.

Jean taught school at Newport Beach for a few years until she met Tom and they started a family in Santa Ana, California. They lived in Santa Ana for 38 years where they raised their family and Tom retired from Cal State Fullerton University. Jean worked at home, raising kids and volunteering except for a brief stint as an interlibrary loan specialist at the Santa Ana Public Library.

Jean was a life-long volunteer as she archived items at the Museum, sold bingo cards for the Elks and arranged holiday parties for the various organizations in which she was a member.


A Remembrance of Jean will be held later this year. No services will be held in April. In lieu of flowers, Jean’s family would appreciate donations be made to Ryan House, Hospice of the Valley, Phoenix, Arizona.