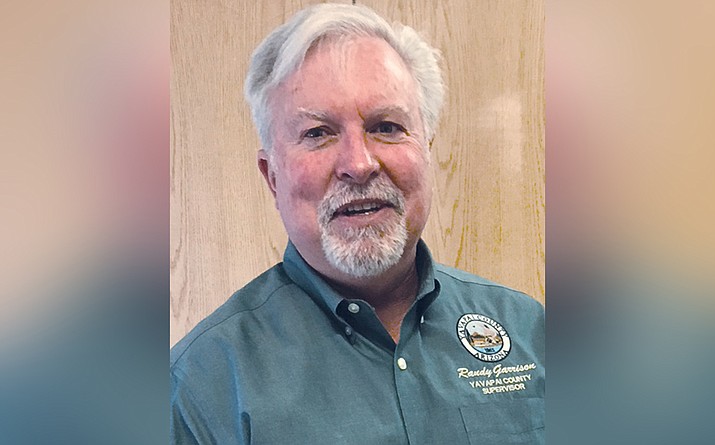 MIDDLE VERDE - The battle over which route a new road will take over the Verde River has been decided, but there is still time for the Camp Verde Town Council to have a say on how traffic will get to that road.

According to Yavapai County District 3 Supervisor Randy Garrison, not very much time.

Garrison said one of the next steps for county leaders with the Verde Connect project will be to host a meeting on the Yavapai Apache Nation. After that’s completed, Garrison said, the Board of Supervisors will soon get to review and possibly approve the first sets of contracts for design and construction of the Verde Connect road and its Verde River bridge.

In June of last year, the Camp Verde Town Council voted 7-0 to approve a resolution opposing “any new regional connector (connecting road), through the confines of US 89A, Highway 179, Interstate 17, and Highway 260 that is in significant conflict with the adopted General Plan.”

After discussion in the summer months, as well as the selection of a Verde Connect route that runs from Cornville Road, at Beaverhead Flat Road, to State Route 260 at Coury Drive, the Camp Verde Council re-visited the issue, but determined it couldn’t voice support for any aspects or elements of Verde Connect without reversing or nullifying its June resolution. Since then, there hasn’t been a sufficient push from enough councilmembers to do so.

Garrison said the preferred way for Verde Connect to help alleviate the traffic along Middle Verde Road would be to add a short connector road between Forest Service Road 119A and the 9.4-mile Connect route, which would only cross a tiny sliver of the Camp Verde town limits. The alternative, he said, is to extend the dead-end of West Middle Verde Road into the Connect route, near the river — a path that would bring much unwanted traffic right through the Middle Verde neighborhoods.

He said the plan is to break ground on the project in August or September.

Since Camp Verde’s council opposed the plan, the 119A route, Garrison said, the plan, at this point, is to connect to the dead-end of West Middle Verde Road — unless the council reverses its stance.

Mayor Charlie German said he thinks there might be at least four or five council members who would at least be willing to take up a vote on the issue again. Much new information has been publicized about Verde Connect — along with some studies completed — since last year.

“We could soften the language, take a more neutral position, or maybe even flat-out support the Forest Road 119A connector,” German said.

German voted for the June 2019 resolution, but by October, he said, he had learned much more about the project and the need for it.

The mayor said that in the initial months after the $25 million grant and Verde Connect proposal were announced, there was a major gag element he wasn’t aware of. He didn’t know the Yavapai County leaders were bound by federal regulations from advocating publicly for the plan, per federal grant rules.

German said he or any of the Camp Verde councilmembers can place an item on a meeting agenda.

“I would at least like to see it get another shot,” he said.

German said he would like to see a “sleeve” made part of the bridge design -- a sleeve that could carry water from tanks located near Jones Ford, at Coury and State Route 260, to fire hydrants in the Middle Verde area.

“That’s a great support to fire services that is one of the benefits to this project,” German said.

Councilman Joe Butner said his position hasn’t changed. He’s not opposed to a route connecting Beaverhead Flat Road with State Route 260, but doesn’t feel Camp Verde should have to bear the cost of upgrading or maintaining a more heavily traveled Middle Verde Road.

In fact, he doesn’t feel the traffic level on Middle Verde Road should be increased at all.

“I made my thoughts clear in the unanimous resolution,” Butner said. “Middle Verde is a narrow, rural road, maintained by the Town of Camp Verde as part of its General Plan. It’s entirely unsuited to be connected to another through-road.”

Butner said the points made by vocal Middle Verde residents who objected to the plan, for various reasons, should be heeded by the county. He mentioned Eric Eberhard, Todd Scantlebury and Zach Wolfe.

The Verde Valley Master Transportation Plan, a collaborative project of multiple agencies and organizations, completed in late 2015, calls for a handful of improvements in the Camp Verde area. Those include extending Middle Verde Road as a two-lane minor collector, with a Verde River bridge, to State Route 260, and paving Forest Service Road 119A from Middle Verde Road to Cornville Road at Beaverhead Flat Road.

Garrison said even with the coronavirus worldwide shutdown of commerce and the economic changes that it might bring to Arizona, infrastructure such as roads and bridges are sorely needed, as building and construction permitting requests have skyrocketed in the Verde Valley in recent years. Verde Connect can be constructed using existing property taxes, in addition to the $25 million grant.

He said the county would still prefer the connection at the Forest Road 119A spot.

“The door is about to close,” Garrison said.