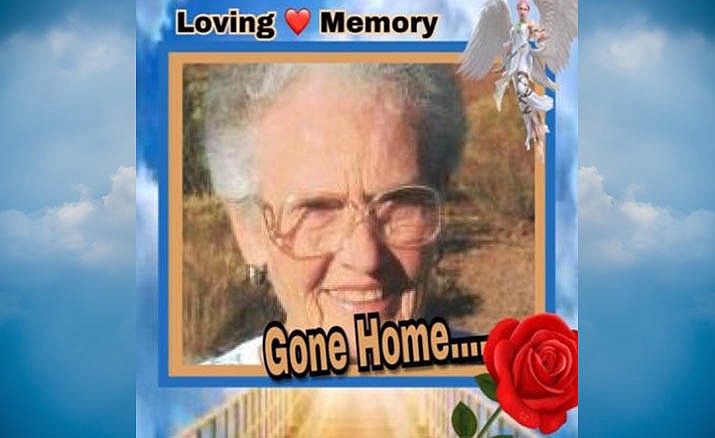 She was born in Riverside California to Ralph and Ferna McKean. She was raised in Riverside and married Earl, “Boots” in 1939 and raised three sons, Gary, Ron and Dennis Ray, who live in Arizona.

Her husband Boots went to be with Jesus in January 2007.

Boots and La Versa retired from the Methodist Church Camping Commission after working for several years at the Mingus Methodist Camp on top of Mingus Mountain, above Jerome, in Arizona.

La Versa was educated at Riverside City College, where she majored in Math. She spent several years working as a school secretary before going to work with Boots for the Methodist Camp Commission.

They were first assigned to Camp Sturtevant in the mountains above Los Angeles, California. A few years later, in 1970 they were transferred to Camp Mingus in Arizona, from which they retired 10 years later.

Boots and La Versa lived the rest of their lives in their home in Cottonwood, Arizona, where she was active in the community, United Methodist Church of Cottonwood, Professional Artist, Author of a book about her life (Amazon, under “Barto”) and an avid Domino player.

“But I would not have you to be ignorant, brethren, concerning them which are asleep, that ye sorrow not, even as others which have no hope.

“For if we believe that Jesus died and rose again, even so them also which sleep in Jesus will God bring with him”. -Thessalonians 4:13-14