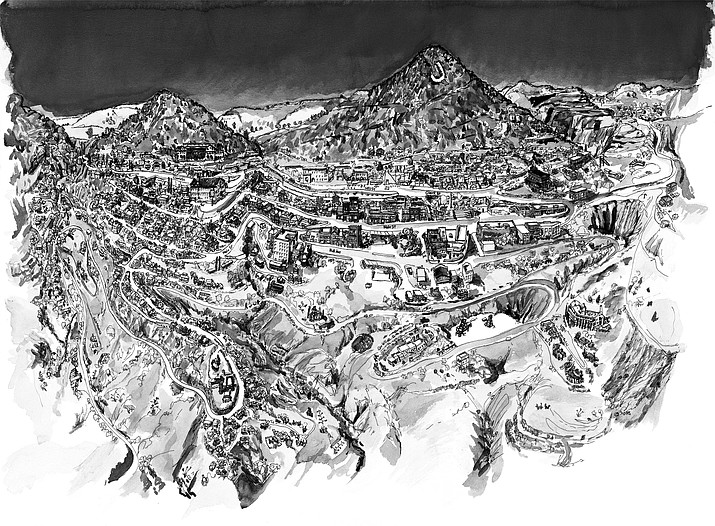 Jerome got its name from Eugene Jerome, a major financier of the United Verde Copper Company in the late 19th Century.

Jerome got its name from Eugene Jerome, a major financier of the United Verde Copper Company in the late 19th Century.

Eugene was cousins with Jennie Jerome, the mother of Winston Churchill.

A melting pot among the smelts

In 1920, a nationality report compiled by the United Verde Copper Company showed Jerome’s workforce was represented by 2,200 nationalities.

Eventually, immigrants who started out as laborers saved their money and became landlords, tradesmen and saloon keepers.

Jennie Banters who was dubbed the richest woman in northern Arizona was a “principal” madam in an area known as “the tenderloin district” which housed girls and bordellos.

Her properties burned in all three of Jerome’s big fires. She quickly replaced her buildings as others struggled to raise money.

Jennie was also the first property owner in the business district to build a sidewalk in front of her buildings.

Rebirth into a Ghost City

In 1953, Phelps Dodge closed the mines prompting concerned citizens to form the Jerome Historical Society in the hopes of saving their town through tourism.

They advertised Jerome as the “World’s Largest Ghost City.” More than half a million tourists visited Jerome within the first ten years of the Society’s existence.

In 1967, the U.S. Department of the Interior designated Jerome as a National Historic Landmark.