Olympics to be postponed for a year 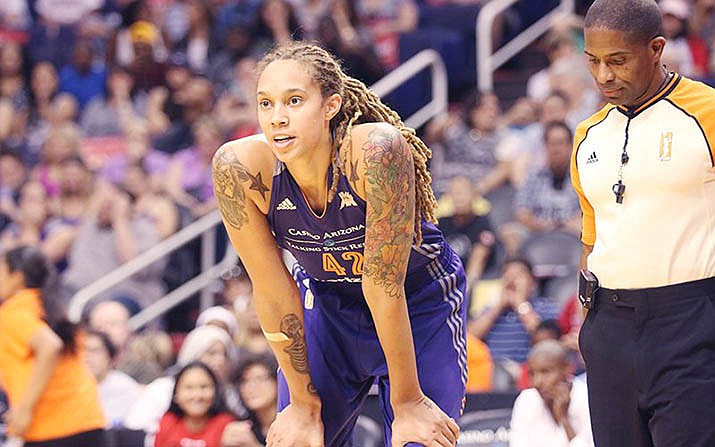 Brittney Griner is one of three Phoenix Mercury players on the USA Women’s Basketball team, along with Skylar Diggins-Smith and Diana Taurasi. The International Olympic Committee announced Tuesday that the 2020 Olympics will be postponed by about one year (Photo by Landon Brown/Cronkite News).

The International Olympic Committee announced Tuesday that the 2020 Olympics will be postponed by about one year.

The opening ceremony had been planned for July 24 in Tokyo.

The official name will still be the Olympic and Paralympic Games Tokyo 2020. The Olympic flame will also remain stored and displayed in Fukushima.

"IOC president and the Prime Minister of Japan have concluded that the Games ... must be rescheduled to a date beyond 2020 but not later than summer 2021, to safeguard the health of the athletes, everybody involved in the Olympic Games and the international community," reads a joint statement by the Tokyo 2020 organizing committee and the IOC.

According to the statement, the World Health Organization had consulted with both parties on Tuesday about what it called the "accelerating" pandemic. There are now more than 390,000 confirmed cases of COVID-19 worldwide, with more than 17,000 deaths, and nearly every country on earth has been affected in some way.

The Olympics have never been postponed for anything other than the two world wars.

"The leaders agreed that the Olympic Games in Tokyo could stand as a beacon of hope to the world during these troubled times and that the Olympic flame could become the light at the end of the tunnel in which the world finds itself at present," the IOC statement said.