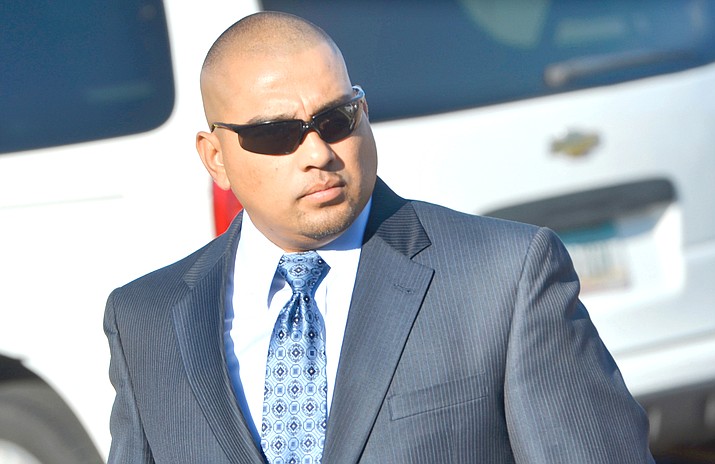 PRESCOTT — The trial of a man accused of killing his pregnant girlfriend more than 23 years ago has had his murder trial moved back once again — but only by one month.

Also, a judge ruled this week to deny four separate motions by a defense attorney.

The state Supreme Court has pushed back all jury trials to April 17 because of COVID-19 pandemic shutdowns.

The trial is set to take place at the Yavapai County Superior Court in Prescott. Cruz is accused of killing his pregnant ex-girlfriend, Marisol Gonzalez, in March 1997.

Cruz’s trial has been pushed back numerous times for a variety of reasons, including the retirement of a judge last year.

This week also marked the 23rd anniversary of Gonzalez’s murder. Sometime during the overnight hours of March 24 or 25, 1997, Cottonwood Police detectives said, the 17-year-old was shot to death near her home, with her unborn child dying as well.

According to reports, Gonzalez, who was nine months pregnant, was found early in the morning with a gunshot wound to her face in an alley just a short distance from her home.

A memorial with a cross and flowers continues to stand today in the alley off Birch Street, between 13th and 14th Streets.

In September 2014, Cruz, who is now 39, was indicted on murder and manslaughter charges, and was arrested in Tucson. Cruz and Gonzalez dated in high school, and she found out that she was pregnant with his child after they broke up. Her body was found in an alley near her Cottonwood home the same day she was scheduled to be induced to deliver the baby boy she named Andrew, according to police.

Since 2014, the case has seen multiple delays with two teams of public defenders withdrawing themselves, citing ethical conflicts.

The case was also featured on TNT’s Cold Justice. One of the motions filed by defense attorney Alex D. Gonzalez, was for a change of venue, claiming the amount of Yavapai County publicity would result in Cruz not receiving a fair trial.

Judge Tina R. Ainley ruled that because the Cold Justice episode ran more than four years ago, because commentary on the episode was both in favor of Cruz’s innocence and against it and because jurors could be from anywhere in the county, she denied the motion for a change of venue.

Ainley also ruled against other motions related to what evidence would be allowed at trial, ruling one to be hearsay and not permissible.

A witness who is serving time in Perryville State Prison, Johanora Gonzalez, will be transported to Prescott to testify at the trial.

Court documents detail eight attempts by a process server to deliver a subpoena to Robert Trujillo of Cottonwood; all of the attempts were unsuccessful.