Ducey: Hospitals must plan to increase bed capacity by 50 percent 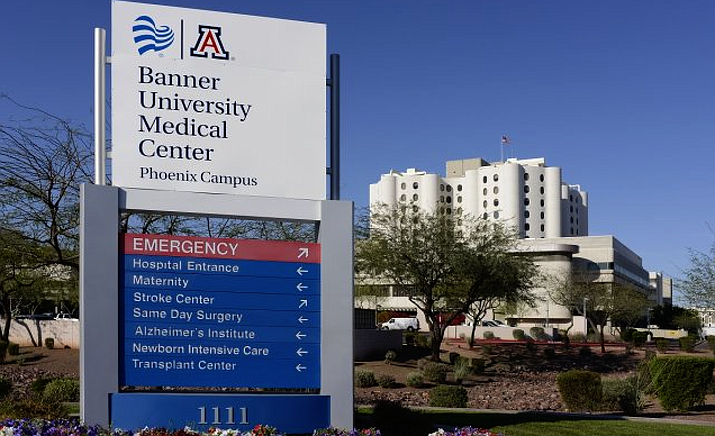 Wednesday, Gov. Doug Ducey on Wednesday ordered Arizona hospitals to come up with plans to increase bed capacity by 50 percent within the next month and actually have half of those ready to go by April 10 (File photo)

PHOENIX - Wednesday, Gov. Doug Ducey ordered Arizona hospitals to come up with plans to increase bed capacity by 50 percent within the next month and actually have half of those ready to go by April 10.

Ducey's executive order comes a day after state Health Director Cara Christ acknowledged that the current supply of hospital beds is unlikely to be enough to meet the needs given how many Arizonans will need treatment for COVID-19. In fact, she said, the state will need twice as many intensive-care unit beds as the 1,500 it has now and an 87 percent increase in its current 15,000 regular beds.

The timing of what the governor wants also fits into estimates by Christ that the number of people infected in Arizona should peak next month, with the maximum number of hospitalizations in May.

Ducey's directive is one of several issued Wednesday.

The governor agreed to allow seniors whose vehicles are due for registration renewal to avoid having to wait in line in counties that require emissions testing.

Ducey said older people are at higher risk of serious illness if they contract COVID-19 and this will "help encourage social distancing and protect the health of our seniors.'' But the waiver of vehicle registration renewals for vehicles that need testing is not automatic, with applications thorough either azdeq.gov/65waiver or by calling 602-771-3950 and pressing "O'' to reach customer service.

Separately, anyone whose driver's license is expiring before Sept. 1 doesn't have to renew, at least not now, with the Motor Vehicle Division altering its records to show that they will remain valid through that period.

And in a related development, the U.S. Department of Homeland Security said that the Oct. 1 deadline to get an Arizona driver's license that complies with the REAL-ID Act, necessary to board commercial aircraft, has been pushed back a full year. That is particularly important as people can get one of those "enhanced'' driver's licenses only with a personal visit to an MVD office.

Another gubernatorial order requires state agencies and boards to extend by six months any professional or occupational licenses that would otherwise expire between March 1 and September 1 unless those requirements can be completed online. It also waives any requires to complete continuing education classes if they cannot be done online.

"The last thing we need now is for recurring licensing requirements to keep someone from working,'' the governor said in a prepared statement. He said this will ensure that professionals who work from home can continue to do so.

While the governor is ordering hospitals to come up with more beds, that leaves the question of the mechanics -- and even the physics -- of all that. But gubernatorial press aide Patrick Ptak said the order should not be a surprise for these facilities.

"The Department of Health Services has worked with our hospitals and healthcare providers on emergency operations plans to have in place,'' he said. Ptak said hospitals even have received funding from the state to have those plans in place.

"So part of the executive order requires them to activate it and put into place these plans that contemplate some of these expansions,'' he said.

Ptak said there are things that can be done under the executive order.

For example, he said, there may be a requirement for a certain number of square feet of space for each bed.

And Ptak said there may be unused space out there.

"I have heard that brought up before that certain placed have moved into new buildings and now they don't use floors 4 through 8,'' he said. There's also the possibility of converting wings now used for elective surgery -- surgery that the governor previously said should not be conducted now to save things like masks and gowns -- for acute care instead.

Christ already has told hospitals that, to the extent possible, they should send patients who do not need hospital care for COVID-19 to other facilities.

There was no immediate response from the Arizona Hospital and Healthcare Association.

Ptak acknowledged that the 50 percent increase will not meet what Christ said is likely needed in hospital beds. But he said the state is working with both the Army Corps of Engineers and the Federal Emergency Management Agency to set up temporary facilities as needed.

Ducey, in his order, also will be putting some pressure on pediatric hospitals, requiring them to admit patients up to age 21. The only exception would be for labor and delivery admissions.

On the financial end, the governor's order also says that both private insurance companies and plans that provide Medicaid coverage in Arizona cannot refuse to pay for certain covered services simply because the patient was in an uncertified "surge capacity'' bed.

Those requirements remain for 180 days.