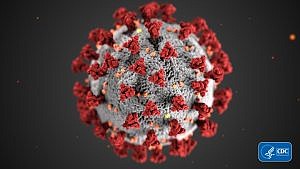 Arizona public schools will not be required to make up days lost to the novel coronavirus, and statewide testing was extended to May 31 under legislation signed Friday by Gov. Doug Ducey.

“During this unprecedented time, parents and educators need certainty so they can plan and make decisions, and this bill provides it,” Ducey said in the news release.

As of Friday, March 27, Arizona health officials reported 665 cases of COVID-19 in Arizona, and 13 deaths. The state’s public health laboratory has tested 420 people for the illness and ruled out 362. Additional tests are being conducted at private labs, the Arizona Department of Health Services said.

Pima County officials announced a second death associated with the coronavirus on Thursday. The man who died was in his late 70s and had preexisting health conditions that may have put him at a higher risk for negative outcomes, the news release said.

Seniors can apply for a waiver on their vehicle emissions tests, Ducey and the Arizona Department of Environmental Quality announced Thursday. The ADEQ will be waiving emissions testing for up to one year for vehicle owners older than 65. This move is “another way Arizona can help encourage social distancing and protect the health of our seniors” Ducey stated in the press release. The ADEQ is accepting waiver applications now for renewals in March, April and May, which can be found at http://azdeq.gov/65waiver.

During the shutdown, many school districts across metro Phoenix are serving meals to low-income families who rely on them. Some districts are offering hot meals, while others are providing sack lunches for pickup, and others are sending lunches to bus stops. For the full list of school districts offering meals, visit AZFamily.

The U.S. Department of Labor reported Thursday that almost 3.3 million new unemployment claims were filed last week, driven by the COVID-19 outbreak. The Arizona Department of Economic Security has seen a similar rise, with almost 30,000 applications last week. “DES is doing everything possible to get Arizonans benefits as soon as possible,” a spokesperson told Cronkite News.

In a new study focused on monitoring social distancing behaviors throughout the country, Arizona counties scored an average of B, with Maricopa County the only one to score an A. Nine of the state’s 15 counties scored much lower, but county officials say they are confident their residents are engaged in healthy practices, Cronkite News reported.

Dr. Cara Christ, director of the Arizona Department of Health Services, discouraged doctors from testing most patients for COVID-19 in a set of guidelines released Wednesday to help with the high demand for testing. The instructions are meant to conserve medical supplies that primary care physicians have on hand and provide better practices for approaching the virus.

Despite closing commercial operations, Barrio Cafe in central Phoenix is offering free meals to those who have been affected by the coronavirus outbreak. Renowned chef and owner Silvana Salcido Esparza organized this effort to have volunteer chefs cook at the restaurant to serve meals daily from 5 p.m. until they run out. The eight-time James Beard Award nominee also invites people to donate money to help continue this service for the community. See the restaurant’s Facebook page for the full menu as well as other information.