No injuries after plane flips over at Sedona Airport 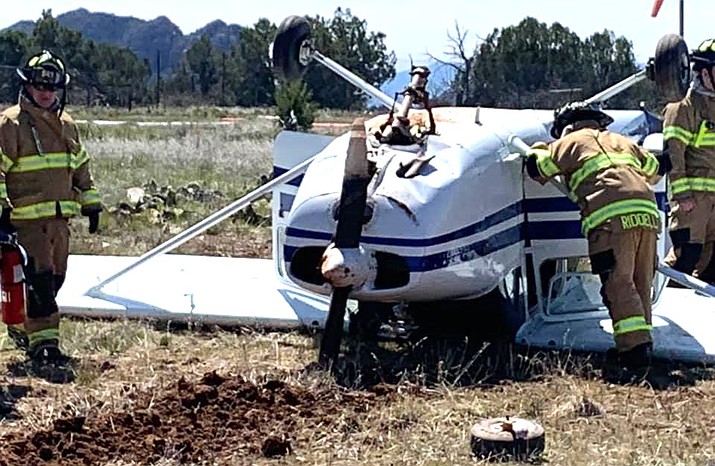 SEDONA – There were no injuries after a 1977 Cessna 172N airplane flipped over after landing at the Sedona Airport Sunday.

Sedona Fire District was called to the airport at about noon on a report of the single-engine aircraft that had “flipped over” near the runway upon landing. Emergency responders found the plane upside down.

The two occupants on board were assessed by SFD paramedics while the aircraft was stabilized. They did not require further medical care.