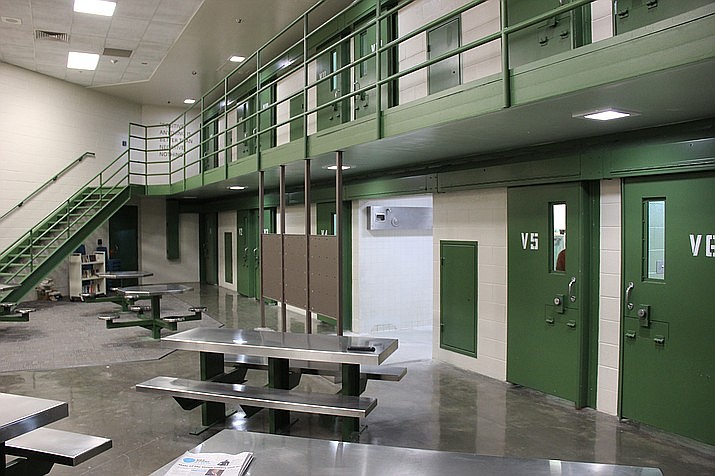 One staff member has died and six employees who have worked at the Camp Verde Detention Center have tested positive for COVID-19, the Yavapai County Sheriff’s Office said Monday in a news release. VVN/Jason W. Brooks

CAMP VERDE - On the heels of the announcement about the death of a contract employee who worked at the Camp Verde Detention Center, a Yavapai County Sheriff’s Office spokesmen said Monday that a total of seven staff who worked at the facility have tested positive for COVID-19, including the deceased man.

“Since the original media release, five additional COVID-19 cases involving detention employees have been confirmed,” D’Evelyn said Monday. “A majority of the employees who tested positive noted that symptoms were relatively minor, with at least one appearing asymptomatic. Contact tracing for those quarantined employees is underway and includes detention staff, inmates, and family members, if necessary.”

In a news release sent out Friday, the Sheriff’s Office said a man who was a part-time contract employee and counselor of Wexford Health Sources, who worked in the Detention Center, died Monday, April 27, after several days in the hospital, undergoing treatment for various medical concerns.

During his hospital stay, the man was tested for COVID-19, in part due to his advanced age, the release states. On the day following his death — Tuesday, April 28 — test results came back positive.

Detention Center command staff is working with Wexford to monitor and test staff and inmates with assistance from Yavapai County Community Health Services, the Sheriff’s Office said. YCCHS will receive the test results of detention staff and complete the follow-up investigation of their contacts outside of the jail, to include family and friends.