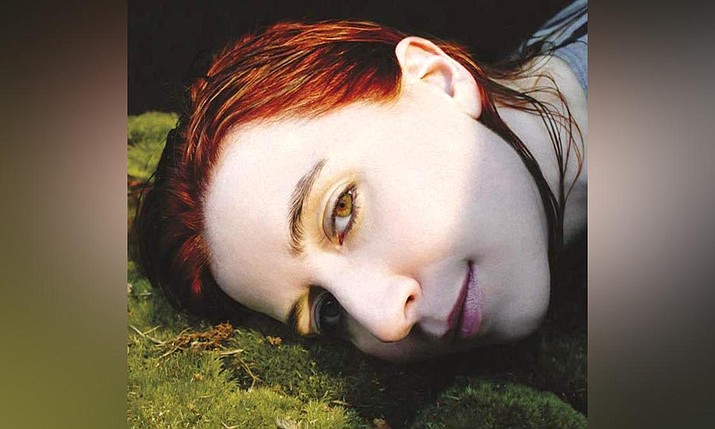 Being in a toxic relationship can sometimes feel like being lost in a maze. Austra aka Katie Austra Stelmanis’ fourth album, Hirudin is both a bold acknowledgment of such patterns of behavior and a testament to the power of breaking them.

It reaps the rewards of Austra’s leap into the unknown, in her most introspective yet inventive statement to date.

Austra is a electronic music band from Toronto, Ontario, founded by composer, singer-songwriter, and producer Katie Stelmanis in 2009.

Stelmanis decided to use her middle name, Austra, which is also the name of the goddess of light in Latvian mythology.

Stelmanis is the only permanent member of the project, with a rotating live band that has included Maya Postepski (drums), Dorian Wolf (bass, Moog), and Ryan Wonsiak (keyboards).

Tracks include: Anywayz, All I Wanted, How Did You Know? Your Family, Risk It, Interlude i, It’s Amazing, Mountain Baby feat. Cecile Believe, I Am Not Waiting.

These 15 songs are inspired his life story, as documented in his new memoir, Sing Backwards And Weep.

The book is a nerve-shredding read, thanks to Lanegan’s unsparing candor in recounting a journey from troubled youth in eastern Washington, through his drug-stained existence amid the ‘90s Seattle rock scene, to an unlikely salvation at the dawn of the 21st century. There’s death and tragedy, yet also humor and hope, thanks to the tenacity which impels it’s host, even at his lowest moments.

Today, Lanegan is a renowned songwriter and a much-coveted collaborator, as adept at electronica as with rock, constantly honing his indomitable voice.

Lamb of God is the upcoming 10th studio album by Lamb of God.

It will be the first studio album of all-new material by the band since its 2015 release VII: Sturm und Drang.

That’s the longest gap between their albums, and the first to feature Art Cruz as the replacement of original drummer Chris Adler, who left Lamb of God in July 2019.

Adler, Mark Morton and John Campbell met in 1990 at Virginia Commonwealth University where they were floor mates.

Several years later, they formed a band under the name Burn the Priest.

After a couple years apart, Morton rejoined the group and Burn the Priest released a self titled full length album.

Warnings is the third album from I Break Horses a.k.a Maria Lindén. Faced with making the follow-up to 2014’s plush Chiaroscuro, she chose to put an emphasis on instrumental, cinematic music.

While watching a collection of her favorite films, with the sound muted, she made her own soundtrack sketches.

These sonic workouts gradually evolved into something more. “It wasn’t until I felt an urge to add vocals and lyrics,” says Lindén, “that I realized I was making a new album.” Warnings, is an intimate and sublimely expansive return that sets it’s own pace with the intuitive power of a much-loved movie. It’s sumptuous sound worlds, dreamy mellotrons, haunting loops, analogue synths and layered lyrics crackle with immersive dramatic tension. “It’s not a political album, though it relates to the alarmist times we live in. Each song is a subtle warning of something not being quite right.”

Friends since first grade, the two guitarists ended up writing a handful of songs that day, then closed out the session with a spur-of-the-moment decision to start a band. When it came to finding a bassist, Baker and Hampton looked to Johnny Temple of Girls Against Boys and Soulside (another fellow student at their elementary school), who equally shared their passion for what Temple refers to as “loud, angry, visceral music.”

By the end of the year, the band had enlisted Refused frontman Dennis Lyxzén as their singer, thus cementing the lineup to punk-rock supergroup Fake Names. Soon after dubbing themselves, the band headed to Renegade Studios with the goal of creating a demo to present to record labels.

Tracks include: All For Sale, Driver, Being Them, Brick, Darkest Days, Heavy Feather, First Everlasting, This Is Nothing.