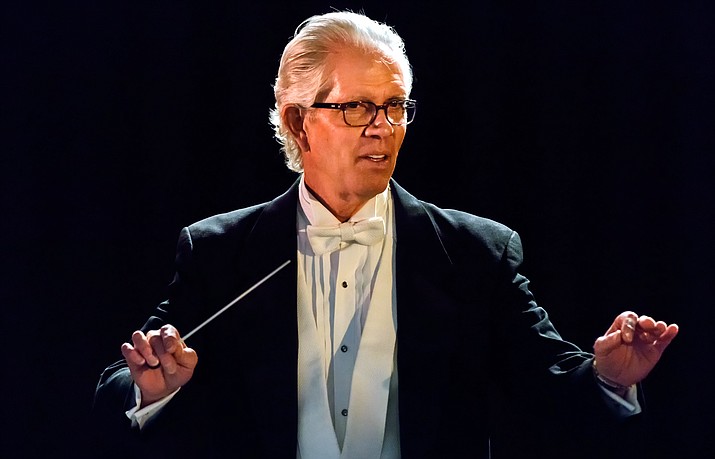 Maestro Kevin Kozacek will return for his fourth season as the Sinfonietta’s music director. 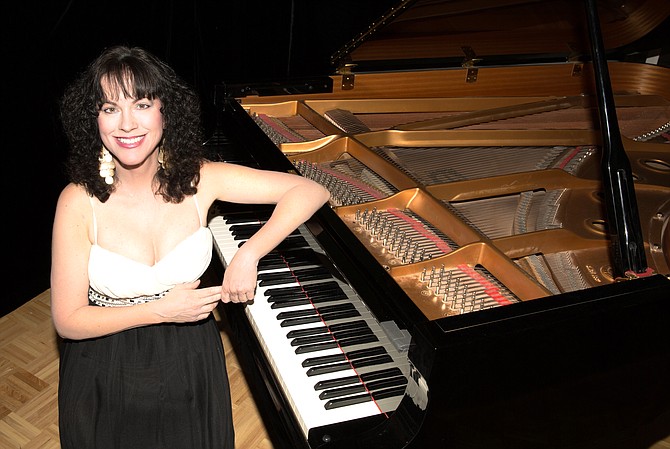 Kathryn Mientka-Farruggia will solo with the Sinfonietta in the Clara Schumann Piano Concerto Sunday, Oct. 18.

The Verde Valley Sinfonietta has a jam-packed schedule in store for the upcoming 2020-2021 season.

According to Board president Al Vander Peut, “We’ll be doing our best to aid the coronavirus recovery period by presenting concerts with uplifting music and guest soloists. Our orchestra musicians are looking forward to getting back to work and our musical community is looking forward to being able to get together again.”

This fall, Maestro Kevin Kozacek will return for his fourth season as the Sinfonietta’s music director. He will open the 2020-2021 season by conducting concert performances on Sunday afternoons October 18, November 15 and April 11, at the Sedona Performing Arts Center (SPAC).

Guest conductor Laura Jackson will conduct the Sunday, Feb. 7, program, also at SPAC. All concerts will take place at 2:30 p.m.

On Oct. 18 Kathryn Mientka-Farruggia will solo with the Sinfonietta in the Clara Schumann Piano Concerto. Kathryn soloed last season in the collaborative concert with SIFF (Sedona International Film Festival) – “Beethoven in the Movies”-- and in “Nights in the Gardens of Spain” the year before.

The program will also include Mozart’s Overture to Don Giovanni, Verdi La Traviata Prelude to Act III and Schubert’s famous Symphony No. 8, the “Unfinished.”

That concert was canceled due to the coronavirus pandemic. Ms. LaBonte, current principal horn of the Fort Worth Symphony, will solo in two works: Mozart’s Horn Concerto No. 1 in D and Saint-Saëns Morceau de concert, Op. 94.

Two well-known works by Russian composers add to the variety of the program – Stravinsky’s Pulcinella Suite and Kabalevsky’s Comedians Suite. A concert overture by Louise Farrenc begins the program.

The Sinfonietta concert on Feb. 7, 2021, will be guest conducted by Laura Jackson, music director of the Reno Symphony and frequent guest conductor nationally and internationally.

She was assistant conductor of the Atlanta Symphony from 2004-2007. Jackson has selected Ray Ushikubo, a student in both piano and violin at the Curtis Conservatory, to solo with the Sinfonietta in Mendelssohn’s Piano Concerto No. 1 and in Saint-Saëns’ virtuoso violin work – the Introduction and Rondo Capriccioso. Jackson also will conduct Mendelssohn’s Hebrides Overture and Schumann’s Symphony No. 4.

On April 11 the Tchaikovsky Violin Concerto will be featured, with guest soloist 16-year-old violinist Ethan Yang from Phoenix.

Haydn’s “Surprise” Symphony, Lalo’s Divertissement and Rossini’s Overture to “An Italian Girl in Algiers” round out the program.

Ticketing and other announcements will appear on the Sinfonietta’s website, VVSinfonietta.org, during the summer.