Watch on DVD -- or stream: available this week 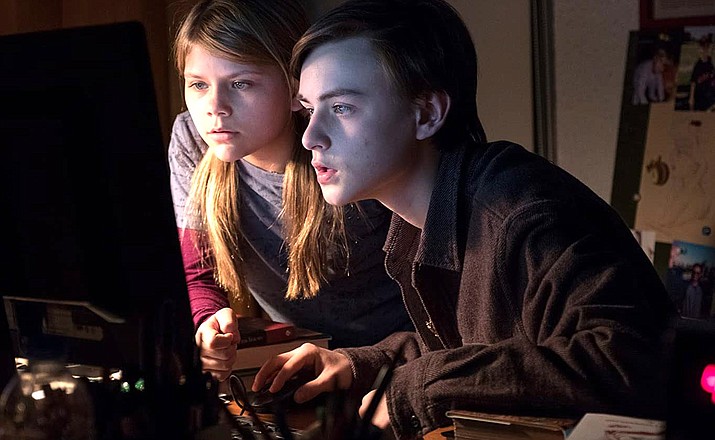 Jaeden Martell and Lia McHugh star in ‘The Lodge.’ Neon

The Lodge [Official Trailer] – In Theaters Fall 2019 by NEON

A soon-to-be stepmom is snowed in with her fiancé’s two children at a remote holiday village.

Just as relations begin to thaw between the trio, some strange and frightening events take place.

Ray Garrison, an elite soldier who was killed in battle, is brought back to life by an advanced technology that gives him the ability of super human strength and fast healing.

He soon comes to learn that not everything he learns can be trusted.

The true question is: Can he even trust himself?

Rated PG-13 for intense sequences of violence, some suggestive material and language.

In a time a long, long ago in a distant fairy tale countryside, Gretel leads her little brother, Hansel, into the dark woods in search of work and or food in order to help themselves and their parents, but stumble upon an evil witch in a cabin that has a taste for children.

Unlike the original Hansel and Gretel tale, Gretel is aged up, looking almost like a young adult taking care of an even younger Hansel. There seems to be a lot more evil at play this time around.

Joan and Tom have been married for many years. There is an ease to their relationship which only comes from spending a life time together and a depth of love which expresses itself through tenderness and humour in equal part.

When Joan is unexpectedly diagnosed with breast cancer, the course of her treatment shines a light on their relationship as they are faced with the challenges that lie ahead and the prospect of what might happen if something were to happen to Joan.