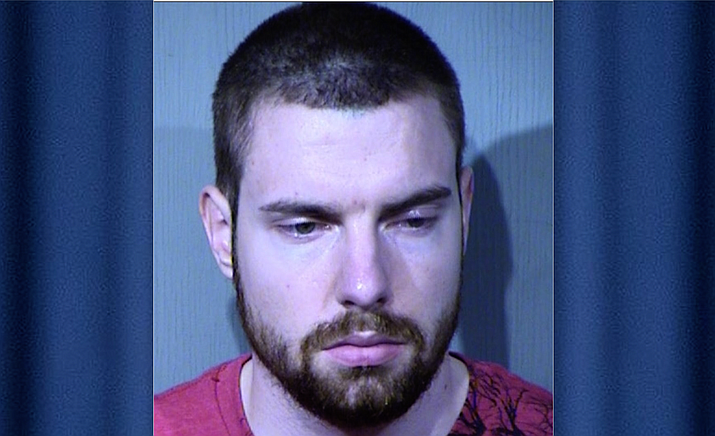 GLENDALE - Sunday, authorities arrested the brother of a man charged in the murder of a New Mexico woman whose body was later found near Flagstaff.

According to a news release, detectives with the Coconino County Sheriff’s Office, with assistance from the Alcohol, Tobacco and Firearms and agents from the Air Force Office of Special Investigations, arrested Samuel David Gooch after he was contacted in Surprise.

The arrest stemmed from an incident in which Samuel Gooch allegedly made arrangements via a telephone call to take possession of a firearm, which Mark Gooch had given to a third party. Samuel Gooch flew from Wisconsin to Phoenix, along with another family member, for this meeting.

Detectives, working with AFOSI agents, facilitated the meeting in which Samuel took possession of the firearm he believed to be the one belonging to Mark Gooch.

Samuel Gooch was then arrested and booked into the Maricopa County Sheriff Office Fourth Avenue Jail and charged with first-degree hindering prosecution and attempting to tamper with physical evidence in the ongoing investigation of the murder of Sasha Krause.

The other family member was released without charges at the time.

Following the arrest of Mark Gooch, Detectives had collected the firearm connected to him which was being stored at an unrelated residence in the Phoenix area.

This investigation is ongoing and additional charges are pending.

Krause, a resident of the area of Aztec, N.M., disappeared in January from the Mesa area. Her body was found Feb. 21 in Coconino County, north of Flagstaff, in an area off of Forest Road 545. about 20 miles northeast of Flagstaff along State Route 89.