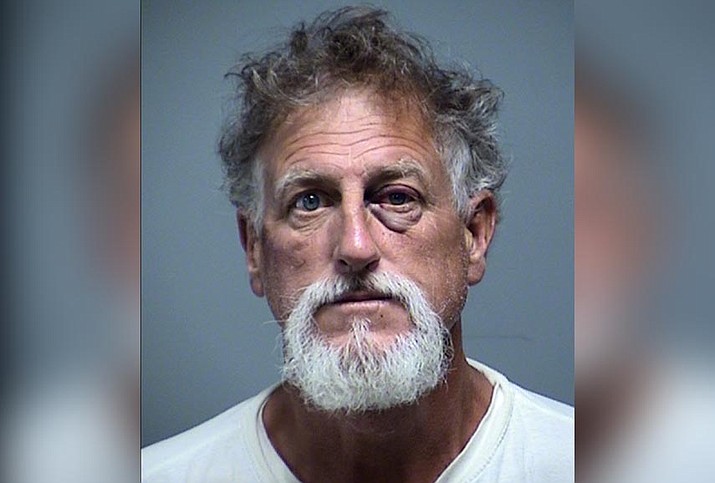 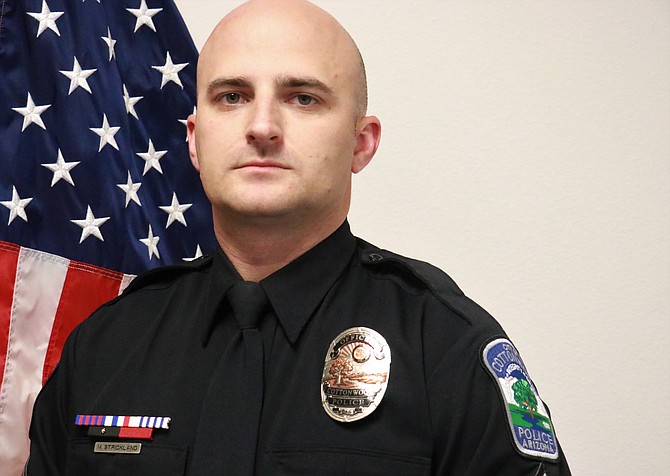 Cottonwood officer Matt Strickland sustained non-life threatening, though serious, injuries to his arm. He is “doing well,” according to Thursday’s news release, and should be released from the hospital soon.Cottonwood PD photo

Cottonwood PD body cam video from May 6, 2020 by Verde News

COTTONWOOD — The Wednesday evening altercation that led to gunfire and the wounding of an officer was the third time Cottonwood police had been called to a residence that day.

Wednesday, at about 7:20 a.m., officers responded to the 1400 block of East Birch Street for the report of a man who had been observed demonstrating erratic behavior and threatening others with physical violence, according to a news release from Cottonwood PD.

Citizens in the area advised officers the man’s erratic behavior had escalated over the last few weeks.

Due to Thomas’ unusual behavior, the Mobile Behavioral Crisis Team was called to assist with a mental health evaluation. Based on the Crisis Team’s on-scene evaluation, it ultimately decided to file a petition that authorized the detention of Thomas for further evaluation.

Officers subsequently attempted to serve this order on Thomas. After multiple attempts to get him to exit his residence, it was decided to allow Thomas to deescalate and attempt contact with him later that day.

At about 7:45 p.m., officers were again called to the area of East Birch and South 15th streets for a report of a suspicious man who was reportedly “charging vehicles passing by him.” Responding officers were informed the man was holding what appeared to be a flagpole.

Officer Matt Strickland was one of the first officers on scene. The man, discovered to be Thomas, was attempting to conceal himself behind a bush when officers arrived.

Initially, Strickland believed Thomas was carrying a flagpole. However, Thomas immediately ran toward his residence, with officers following, and after a short foot pursuit, Thomas began making erratic statements saying they were there to kill him.

Officers eventually determined Thomas was disguising a shotgun with what appeared to be some type of makeshift flag. This wasn’t discovered until Thomas fired the shotgun at Strickland, striking the officer in his left arm.

Officers were able to take cover and began exchanging gunfire with Thomas.

Verde Valley SWAT responded to the scene, and within an hour, Thomas surrendered without further incident.

Based on Thomas’ actions leading up to the shooting, and statements made to investigators, it is believed he intended to ambush the arriving officers.

Thomas was booked into the Yavapai County Detention Center in Camp Verde. He is charged with second-degree attempted murder, aggravated assault on law enforcement, aggravated assault, unlawful discharge of a firearm and endangerment.

Strickland sustained non-life threatening, though serious, injuries to his arm. He is “doing well,” according to Thursday’s news release, and should be released from the hospital soon.

Strickland is a six-year veteran of the Cottonwood Police Department.