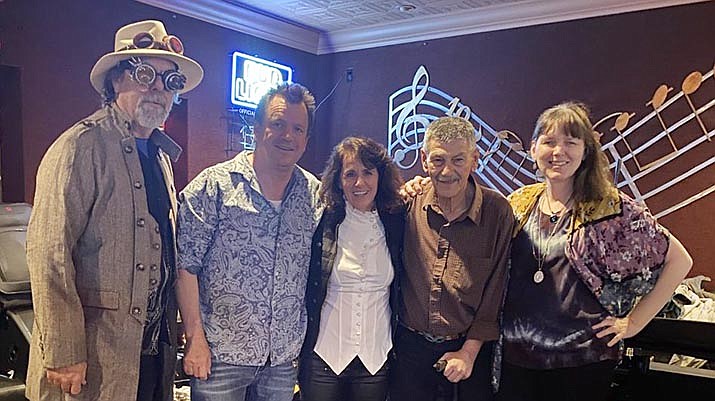 COTTONWOOD — Two Verde Valley bands are set to perform a concert Saturday to benefit five favorite eateries that have struggled during the COVID-19 pandemic.

With restaurants finally allowed to re-open this week, by order of Gov. Doug Ducey, members of the bands Aces & Eights and The Renegade Band will be the musical guests at “Jam for Breakfast” — a six-hour, livestreamed concert meant to benefit Annie’s, Georgie’s, Juanita’s, Pepe’s and Randall’s restaurants.

Laurie Etcheverry, whose husband, Martin, is a member of both bands, helped organize the fundraiser. All proceeds from the fundraiser will go to help bolster the funds of these locally owned businesses.

“My husband eats at Annie’s every day, unless he’s out of town,” Laurie Etcheverry said. “Our whole family eats there frequently, and the owner, as well as her staff, have become close friends of ours. We were very worried for Trina (Sinclair Downey, the owner of Annie’s) when she had to close because of COVID-19. We have gotten to know these people personally; we know some of their backstories. We understood that no income for Annie’s meant no income for many mothers, fathers and their children.”

Laurie Etcheverry said she felt helpless at first. Then, Sinclair Downey heard Martin singing and playing guitar one night online, telling Laurie music lifted her spirits, thinking that if music could make her feel better in this very difficult time, perhaps it could have the same effect on others.

“She reached out to me to see if we would play music at her empty restaurant and livestream it so others could enjoy it,” Laurie said. “From there, it took off.”

Sinclair Downey told the couple she wanted to try and help other restaurants as well.

Steve Mercer, who plays with The Renegade Band, said restaurant employees are often among those most likely to appreciate local music.

“Musicians like to support those who support us,” Mercer said. “We’ve played a lot of benefits for that reason.”

Those who can’t tune in during the fundraiser can still visit the Facebook page “Jam For Breakfast Benefit 4 Annies, Randalls, Juanitas, Pepes,& Georgies” and contribute to the cause through a donation portal.

Laurie Etcheverry said she hopes the fundraiser generates as much positive energy as it does financial support for local businesses.

“Of course, we want to get as many donations as possible,” Laurie Etcheverry said. “But I think the more important thing is to spread some joy and happiness with the event.”