Man cited for lack of permit in Cordes Lakes fire 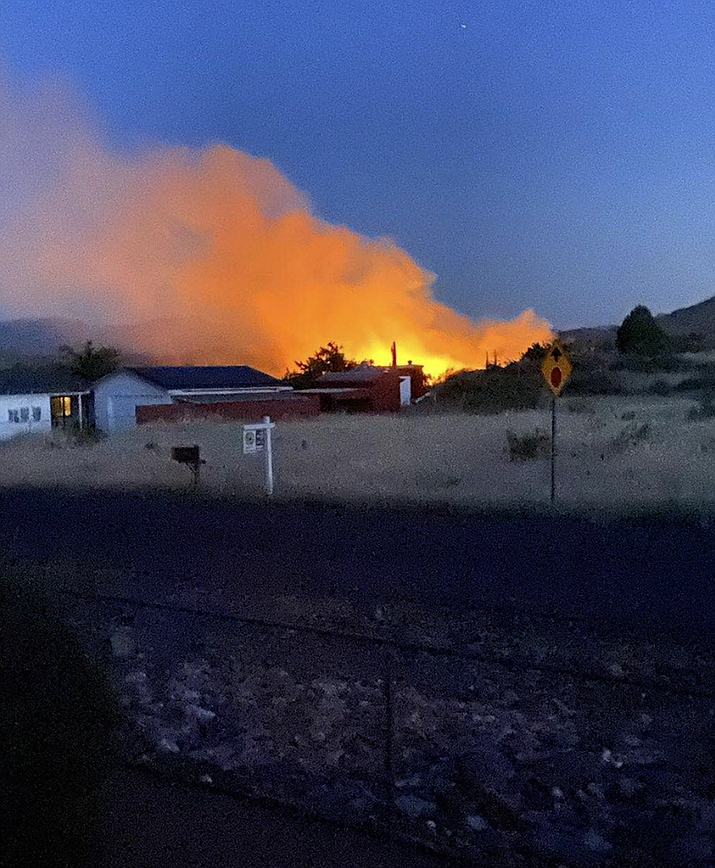 A May 21 fire that started at a Cordes Lakes home burned about five acres. A resident was cited for reckless burning, as he did not have a permit to use a grinder. Courtesy of Yavapai County Sheriff's Office

CORDES LAKES - Thursday, May 21, at about 8 p.m., Yavapai County Sheriff's Office deputies were dispatched to a fire in the 15500 block of Rolling Ridge Drive.

According to YCSO news release, a resident was in the back yard of a home using a grinder on some metal when a spark flew into the brush and caught fire.

In all, the fire burned about five acres. It caused no damage to any structures and there were no injuries.

A resident was cited for reckless burning as he did not have a permit to use a grinder.

The man told authorities the fire started at around 7:30 p.m. but was not called in for almost 30 minutes by a third party.

After the fire started, the resident attempted to put it out with a hose but was unsuccessful.

The suspect's home was evacuated, as well as the house next door due to the proximity of the fire.

Mayer Fire was able to quickly stop the fire from spreading toward the houses and it continued out into the state trust land and was eventually stopped.

Any sign of fire should be an immediate call to 911.