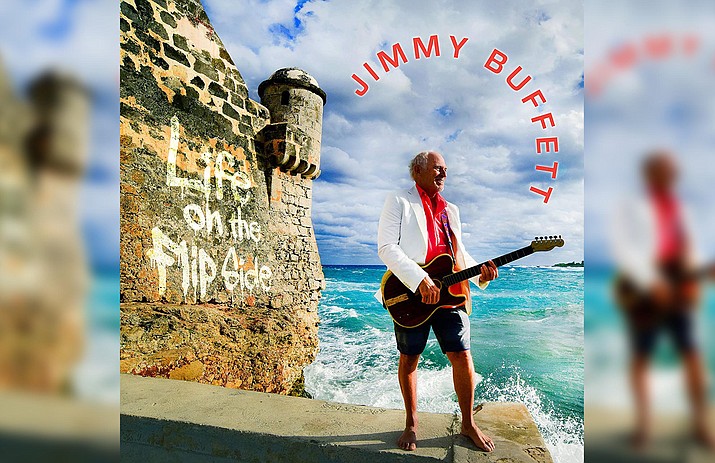 Jimmy Buffett: Life on the Flip Side

Jimmy Buffett – Life On The Flip Side

The first studio album from Jimmy Buffett and the Coral Reefers in seven years.

Includes 60 page booklet featuring exclusive content including lyrics, special photos from Jimmy’s collection, his stories behind the songs, and more.

Parrotheads will have something special to cheer about when Jimmy Buffett’s “Life on the Flip Side” is released.

Jimmy performed some of the songs earlier in the year, surprising fans with a special show in Key West, where the album was recorded.

While April and May concerts have been rescheduled, Jimmy plans to tour throughout the rest of the year.

Jimmy is best known for his music, which often portrays an “island escapism” lifestyle. Together with his Coral Reefer Band, Buffett has recorded hit songs including “Margaritaville” and “Come Monday.”

Tracks: Down at the Lah De Dah, Who Gets To Live Like This, The Devil I Know, The Slow Lane, Cussin’ Island, Oceans of Time, Hey That’s My Wave, The World Is What You Make It, Half Drunk, Mailbox Money, Slack Tide, Live Like It’s Your Last Day 15 Cuban Minutes, Book On The Shelf.

Celebrating 40 years of Rush’s Permanent Waves, deemed the poignant moment the band reinvented themselves and their sound.

Permanent Waves is the band’s seventh studio album. After touring to support their previous album, Rush regrouped in July 1979 to work on material for a follow-up. This period marked a shift in the group’s sound characterized by more concise arrangements and radio friendly songs, such as “The Spirit of Radio” and “Freewill.”

The 2015 Abbey Road Mastering Studios remaster available for the first time on disc 1. Disc 2 loaded with unreleased live tracks from various stops on the 1980 World Tour.

Jade Hairpins sneaked onto the scene in late 2018 with a mysterious 12-inch on Merge Records and a couple of poetic sentences about hiding in trees.

The label remained tight-lipped while touting Dose Your Dreams, a truly epic new album released on the same day. Fast forward to 2020, when drummer Jonah Falco and songwriter/guitarist Mike Haliechuk burst out of the proverbial trees with Harmony Avenue, a collection of songs written and recorded in real time.

The album’s themes mostly focus on contradictory behavior and double entendres as well as regret and control, revelation, support, and complete absurdity.

Jade Hairpins are here to challenge, confound, and sparkle their way into listeners’ hearts and keep them coming back for more.

Throughout the album, that search is revealed in deeply personal terms, with Kip even co-producing the set.

Moore spent eight years in Nashville before signing a record deal with MCA Nashville. His debut single, “Mary Was the Marrying Kind”, peaked at number 45 on the country singles charts published by Billboard. Moore’s debut album, Up All Night, was released on April 24, 2012 and was the best-selling debut album by a male in 2012 and 2013.

As C418, composer and producer Daniel Rosenfeld designs sounds to resonate in both physical and pixelated realms.

Best known for his original soundtracks to Minecraft, the single best-selling video game of all time, he’s developed a discography of instrumental music over the last decade that traverses electronic pop patterns, neo-classical dreamscapes, and sparse ambient motifs.

The latter element has broken from the “8-bit” pigeonholing of game music and earned him accolades that reference artists like Erik Satie (The Guardian) and Brian Eno (VICE).

For the legion of listeners and players to, at long last, have Minecraft Volume Beta in tangible formats.

The double LP arrives on standard black and fire splatter colored vinyl, available in regular sleeves as well an exclusive limited-edition jacket with a lenticular cover which gives depth and movement to its 3D-rendered image.