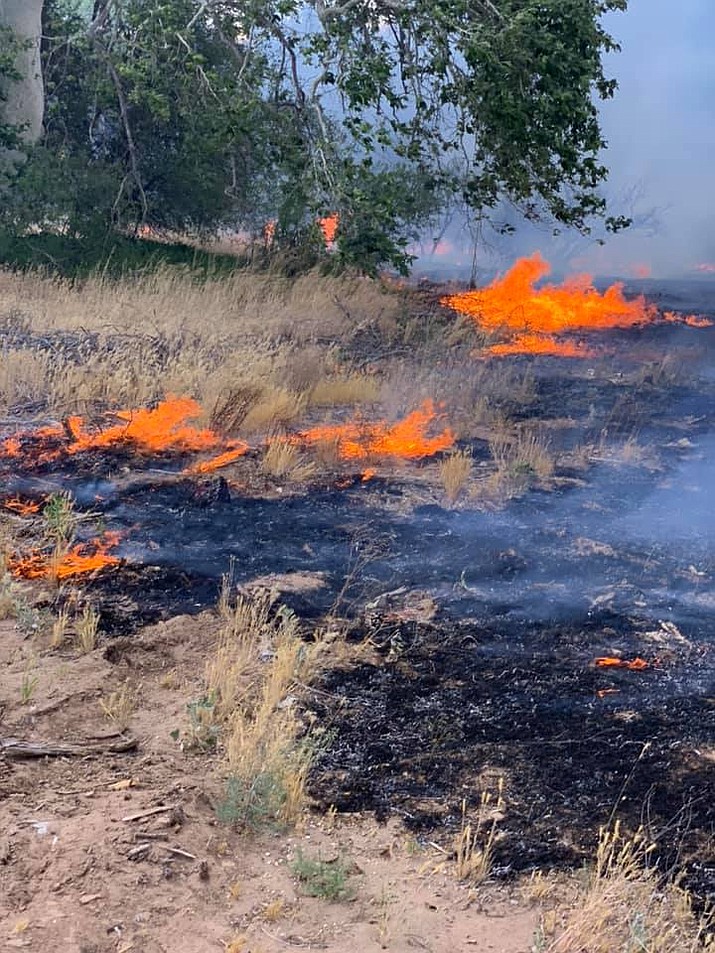 The fire was contained to about 10 acres before crews stopped it from catching onto any structures, and there were no injuries, according to Strauss.

“Initial reports stated that there was a wildland fire at Catclaw Drive and the corner of Verde Lakes Drive that was about the size of a tennis court,” Strauss said.

Emergency crews on scene found an approximately two-acre fire in mature brush and tall grass on the south side of Catclaw, he said.

The fire quickly jumped Catclaw Drive into an open field that was backed up by residential homes, Strauss said. Police were knocking on doors and warning homeowners of the fire, according to social media reports.

The forward progress of the fire was stopped, Strauss said, and the fire grew to approximately 10 acres. No structures were lost or damaged, he pointed out.

Crews remained on scene for approximately six hours to mop-up. There were no reported injuries to any fire crew members or public, Strauss said, and the cause of the fire is still under investigation at this time.