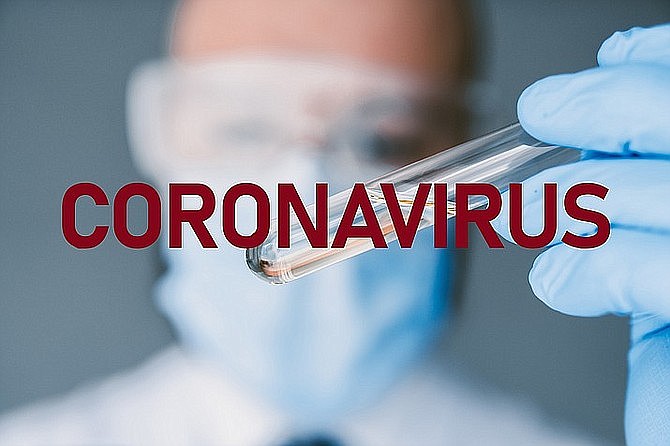 PHOENIX – Health officials Wednesday warned of a “staggering” death toll in Arizona as cases of the novel coronavirus continue to rise unabated, citing fatigue over COVID-19 and crowded holiday gatherings as potential dangers.

Dr. Joshua LaBaer, executive director of Arizona State University’s Biodesign Institute, said its team attributes a resurgence of cases in Arizona and nationwide to a potential new era in the pandemic – one in which Americans weary of eight months of isolation return to pre-COVID-19 routines of work, school and play. That could lead to a rise that surpasses even the state’s spike last summer, when nearly 1 out of 4 tests were positive.

About two weeks ago, LaBaer cautioned that cases were about to reach 1,000 a day. That estimate turned out to be conservative.

“Arizona’s moving average is now around 1,300, almost 1,400, new cases a day,” he said. “It’s not rising quite as rapidly as it did at the end of June, but it is rising consistently day-over-day and that’s a concern.”

He recommended minimal mingling during the holidays and a return to pandemic precautions of wearing masks, social distancing and frequent testing for the disease, which since January has killed more than 6,000 people in Arizona and 230,000 across the nation.

“I would suggest, for the upcoming holidays, that people really limit it to their immediate family this year. I don’t think it’s a great year for big family get-togethers,” LaBaer said.

Nearly 10% of tests in Arizona are positive, according to the Arizona Department of Health website, and half the 250,000 cases of the virus reported in Arizona are in Maricopa County, the state’s most populous.

LaBaer said Arizona has some confusing markers. A number of people have recovered from COVID-19 and appear to be immune for up to six months, which should mean a slowdown in the transmission of the disease. But that hasn’t happened.

“The fact that the transmission rate is as high as it was back then means that people are doing a better job of transmitting it, which is not good,” he said. “People are interacting more, and some of that may be COVID fatigue, some may be that people are back at work more often, but we really need to be attentive to reducing that sort of thing.”

As the global race for an approved COVID-19 vaccine pushes on, more people are getting the coronovirus that causes the disease.

“We’re hitting a milestone here where the seven-day average for new cases is approaching 100,000 new cases a day. To put that in some perspective, the number of new cases we saw yesterday was around 90,000. That is more than the total number of cases in the original Wuhan outbreak,” LaBaer said, referring to the industrial city in central China where COVID-19 emerged late last year.

Herd immunity has never been achieved without a vaccine, he said. Despite the widespread devastation and death toll caused by the virus, Arizona and the rest of the world are nowhere near the necessary 60% level to achieve herd immunity.

ASU has managed to keep the number of new cases low, LaBaer said.

ASU in January drew national attention when an ASU student became one of the nation’s first recorded cases of COVID-19. The student, who had returned from a trip to Wuhan, has recovered.

“We’re lucky there,” LaBaer said. “I personally believe that part of the reason our numbers are so good is because we do such regular testing.”

ASU has tested more than 106,000 students and employees since Aug. 1, using a saliva-based test the university developed that also is available to the public. The test has since been used at Northern Arizona University.

In previous months, health officials across the country have warned against potential spikes in cases after national holidays, such as the Fourth of July and Labor Day, though LaBaer did not share the same concern over the possibility of a post-Halloween surge among ASU students.

“I think our student population has been pretty well behaved,” LaBaer said, referring to those living on campus. “The harder part, for me, is the off campus population, because those folks are in the community and it’s clear that our community numbers are rising and hard for them to escape that. I think that’s probably the likely bigger source of the issue.”

Will Humble, executive director for the Arizona Public Health Association, and other health officials also see a similar difference between on-campus and off-campus student behavior.

“The off-campus behavior has a direct impact on the success of the whole reentry program,” said Humble, former director of the state health department. “That’s why it’s so key to have a partnership between ASU and the city of Tempe.”

“The standard is not perfection, the standard is to do the best you can. ASU had a great plan, and still does have a great plan on campus,” he said, but school officials need to work more closely with community officials and law enforcement to monitor off-campus behavior.

ASU shifted all classes online after Thanksgiving. LaBaer encouraged students to get tested before traveling and again before returning to campus in the spring to avoid the likelihood of spreading the coronavirus.