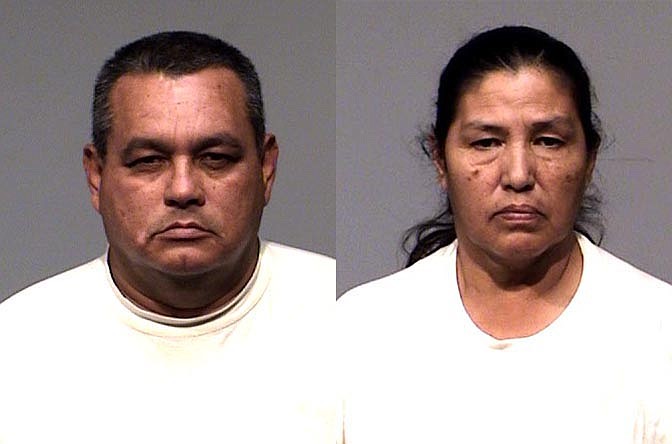 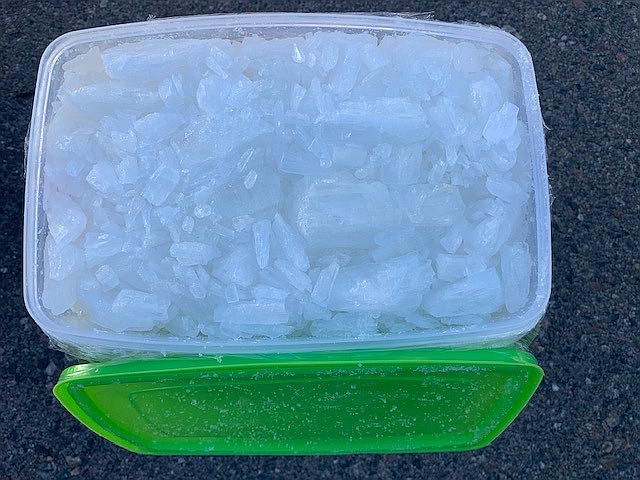 Investigators estimate a street value on the methamphetamine of $200,000. Cottonwood PD courtesy photo 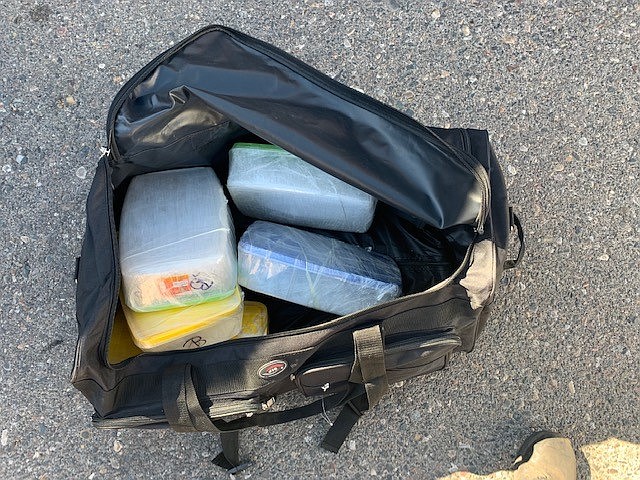 COTTONWOOD – Kratos has done it again.

The Cottonwood canine alerted his fellow officers to a haul of 38 pounds of crystalized methamphetamine following a traffic stop Saturday.

According to a news release from Cottonwood PD, officers were conducting interdiction operations on Interstate 17 Saturday morning when they observed a 2015 Grey Toyota RAV4 traveling at an unsafe distance to the vehicle in front.

Kratos was deployed to conduct a narcotics sniff where he subsequently alerted on the vehicle. A search of the vehicle revealed a black duffel bag in the trunk containing five plastic tubes with approximately 38 pounds of crystalized methamphetamine.

Investigators estimate a street value on the methamphetamine of $200,000. This investigation is on-going.