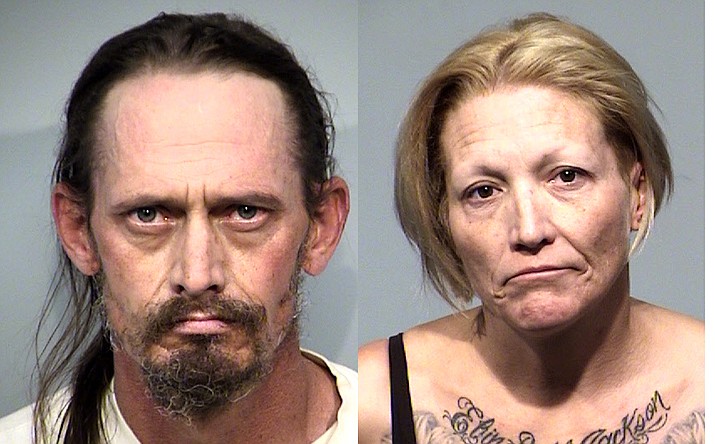 CLARKDALE – A Clarkdale man and an Oklahoma woman have been identified as “persons of interest” and arrested in connection with a death investigation in Clarkdale.

A news release from Clarkdale PD Operations Supervisor Jennifer Julian said police believe the “death is determined to be the result of a homicide” in the Rincon Drive neighborhood. Police began investigating the death Wednesday.

“The victim’s identity and manner of death are being withheld pending positive identification and autopsy report,” the news release states.

The news release states Troy Hockett, 46, Clarkdale, “was identified as a person of interest and suspect in the death of a third party. Hockett was interviewed and booked into Yavapai County Jail on one count each of second-degree murder, concealment of a dead body, and tampering with physical evidence.”

The news release further states Melinda Ezell, 44, Tulsa, Oklahoma, “was also identified as a person of interest. She was interviewed and booked into Yavapai County Jail on one count of hindering prosecution in the first degree (involving murder).”

“Detectives are still actively involved in speaking to people and processing the crime scene,” the news release states.