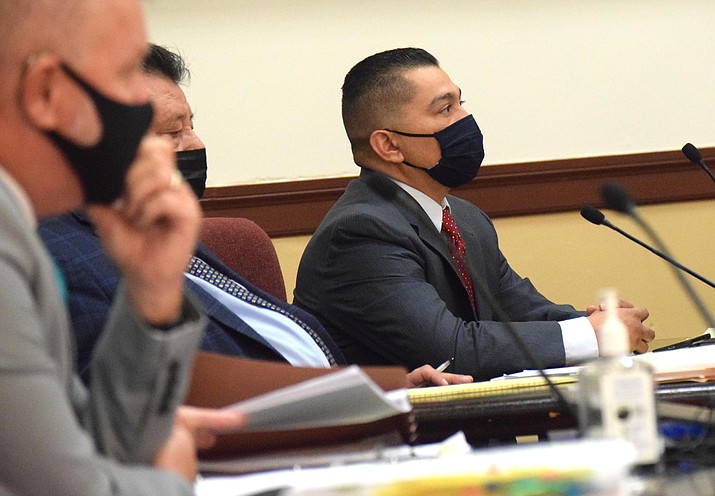 The Yavapai County Attorney’s Office has filed a motion in Superior Court to dismiss the second-degree murder charge against Cecilio Cruz.

Less than two weeks ago, a mistrial was declared in the case after a Yavapai County jury failed to reach a unanimous verdict after about 10 hours of deliberation.

County Attorney Sheila Polk said Tuesday, in a statement, “Under the rules, the state has 60 days to re-try a case after the jury has hung. Rather than rush back to trial with the same evidence, our decision is to ask the judge to dismiss the charges without prejudice. This means the state can refile charges for the murder of Marisol Gonzalez at any time in the future if, and when, new evidence comes forward.”

Marisol Gonzalez was 17 years old at the time of her murder more than 23 years ago and more than 36 weeks pregnant. Cruz was also age 17 at that time.

Cruz was also on trial for a manslaughter charge, as Gonzalez was pregnant with Cruz's child, Andrew.

“I am grateful to the Cottonwood Police Department for their diligence in pursuing this case. Cold cases are always difficult,” said Polk. “My heart goes out to the family of Marisol for the inability of the criminal justice system to help them find closure in the death of their loved one. However, the book is not closed on this case.”

The County Attorney’s Office asks any member of the public with information about Marisol’s death to contact Detective Tod Moore with the Cottonwood Police Department. He can be reached at (928) 634-4246.

Those who wish to remain anonymous can also contact Yavapai Silent Witness at 1-800-932-3232 or submit a tip online at yavapaisw.com.